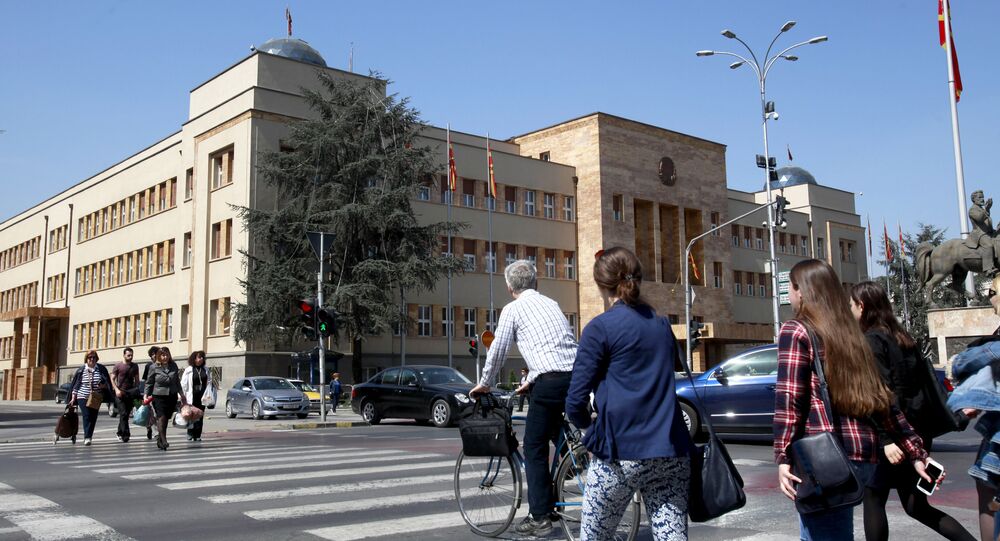 BELGRADE (Sputnik) - According to the new language bill, all state and municipal structures are expected to use the Albanian language, spoken by at least 20 percent of the population, to the same extent as Macedonian.

On Wednesday, Macedonian President Gjorge Ivanov has vetoed and returned to parliament a new legislation, citing its unconstitutional nature.

"Instead of building a multiethnic society in a spirit of dialogue and coexistence with the help of just and generally accepted laws, we are adopting an unjust and repressive law that favors only the Albanian language … That is why I have decided not to sign a decree," Ivanov said Wednesday in a public address, released on the presidential office’s website.

© CC0 / Pixabay
Tomatoes and Cabbages: Macedonia Wants to Mend Fences With Russia While on Track to Join NATO
The president noted that he had sent a letter to the parliament informing lawmakers that he would not sign a decree on the law’s entry into force with a detailed legal justification for his decision, and urged members of the parliament to study his remarks.

According to Ivanov, the law contradicts the constitution, while its unconstitutional nature is also recognized by both expert circles and the general public.

The president has until Thursday midnight to sign the law passed by parliament. If he refuses to do so, lawmakers will have to resume debates on the law and hold a vote. Under Macedonia’s legislation, if the law is repeatedly adopted by the parliament without amendments, the president will not have the right not to sign it.

© AP Photo / Boris Grdanoski
What's in a Name? Macedonia Ready to Lose Its Identity to Join NATO
The bill was adopted by the Macedonian parliament on January 11. It was backed by the ruling coalition, consisting of the Social Democratic Union of Macedonia (SDSM) and Albanian parties. The opposition Internal Macedonian Revolutionary Organization – Democratic Party for Macedonian National Unity (VMRO-DPMNE) boycotted the vote.

Until now Macedonian remains the main language in the country, while Albanian has the status and privileges of the language of a national minority. The new law also stipulates that government websites, as well as official, business-related and personal documents will become bilingual, while banknotes, coins and mail stamps will have symbols of both ethnic groups.

Opponents of the law warn that its adoption may pose a threat to the unitarity, sovereignty and territorial integrity of Macedonia.