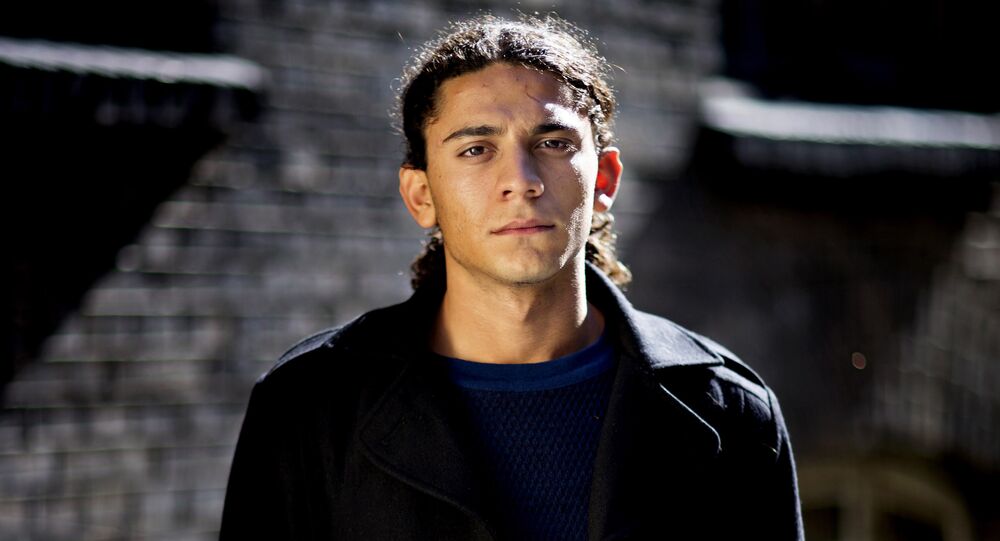 One of Denmark's leading contemporary poets, Yahya Hassan, has been arrested by the Danish police after posing on Twitter with an automatic weapon, further expanding the list of controversies involving Hassan.

Yahya Hassan, who is no stranger to public scandals, was arrested after posting a photograph of himself with a rifle, along with the caption "Silent and quiet Sunday in West Aarhus." The 22-year-old was arrested for illegal arms and drug possession, the police wrote in their daily report.

According to Yahya Hassan himself, he was released three hours after the arrest. East Jutland police later conceded that no arms have been found, but that they'd discovered 1.9 grams of cocaine and 13 grams of hash.

"The East Jutland Police make my arrest sound like a success story. They just forgot to inform that I was released without a preliminary ruling and after just three hours of custody," Hassan said on Facebook.

​This is not the first time the star of contemporary Danish poetry has run into trouble with police authorities. In the fall of 2016, he was sentenced to one year and nine months for shooting a 17-year-old in the foot. Hassan was also arrested in 2017 for drug possession.

© AFP 2020 / MARTIN SYLVEST/SCANPIX DENMARK
Mean Streets: Denmark Cooks Up Ban to Prevent Takeover by Multiethnic Mobs
Yahya Hassan had a breakthrough in 2013 with a partially autobiographical collection of poems. The self-titled book sold in over 100,000 copies and almost instantly became one the best-selling collections of poetry in Denmark, propelling Hassan to stardom, with critics noting an "almost Walt Whitman-like vibe."

Hassan, whose parents were Palestinian immigrants who fled to Lebanon due to the Israeli-Palestinian conflict and later moved to Denmark in the 1980s, is notable for his harsh criticism of Islam; this has fueled the perennial debate on Islam's place in Denmark. Despite having grown up in a religious environment, Hassan soon abandoned religion. As a teenager, he was institutionalized for juvenile delinquency, which is where his literary talent was discovered.

The bulk of his poems are concerned with his troubled upbringing in the blighted area of Aarhus, amid attacks on his parents' generation and attacks on Islam as such. This has resulted in fierce criticism from Denmark's Muslim circles, including death threats, following which Hassan was placed under police protection.

In 2013, Hassan was assaulted and injured by a fellow Danish citizen of Palestinian descent.

In 2015, Hassan had a brief stint with the Danish National Party, but was forced to leave after being arrested for driving under the influence of illegal drugs.