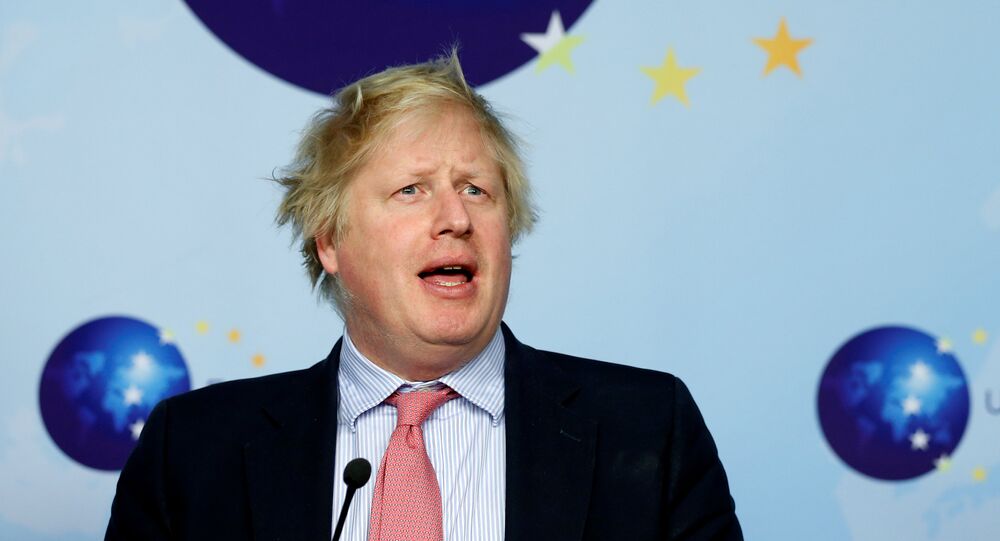 The end of the post-Brexit transition period will see Britain's weekly contribution to the EU increase to 438 mln pounds (about $604 mln US), according to UK Foreign Secretary Boris Johnson.

In an exclusive interview with The Guardian, British Foreign Secretary Boris Johnson said that the Brexit campaign' claim that the UK's contribution to the EU budget would remain 350 mln pounds ($482 mln) per week was an underestimate.

"There was an error on the side of the bus. We grossly underestimated the sum over which we would be able to take back control," he pointed out.

The Vote Leave campaign members, including Johnson himself, had earlier used a bus emblazoned with the slogan: "We send the EU £350 million a week — let's fund our NHS (National Health Service) instead." Johnson was harshly criticized for spearheading the campaign.

The Foreign Secretary noted that Britain's weekly contribution to the EU already stands at 362 million pounds ($499 mln) and would increase to 438 million pounds (about 604 mln dollars) by 2021, the last year of an expected post-Brexit transition period.

One day he’s telling the world he’d rather remain in the EU instead of soft Brexit, the next day he’s telling us it should have been more on the side of the bus. but that lie has already been exposed. So what it about, Brexiteers are running scared https://t.co/2QmRGdm6qv

"As and when the cash becomes available — and it won't until we leave — the NHS should be at the very top of the list," Johnson said.

Labour's Brexit secretary Sir Keir Starmer has meanwhile blamed Johnson for having "no shame", which was echoed by Labor MP Alison McGovern, a leading supporter of the Open Britain campaign.

"Our NHS is in the middle of a winter crisis and Boris Johnson's solution is to return to the scene of his previous crimes and promise ever larger slices of pie in the sky," McGovern said.

Jonson's remarks were also slammed by Eloise Todd, chief executive of the anti-Brexit campaign Best For Britain, who described them as "a yet another untruth from Boris, a man who has become so obsessed with the lie he slapped on the side of the bus."

In December, the parties shifted to the second phase of the talks, which focused on the transition period in EU-UK ties after Brexit.