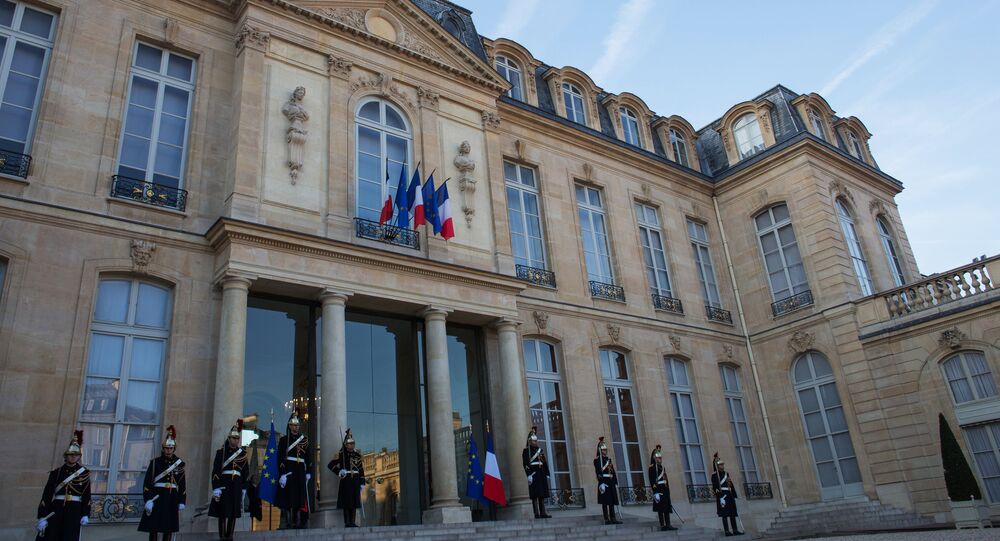 MOSCOW (Sputnik) - The Russian Union of Journalists considers the denial of accreditation to an RT France reporter as "another unfriendly step" which runs contrary to the freedom of speech principle, Jan Radzevich, the head of the union's press service, told Sputnik on Monday.

"The organizers of the French president [press secretary's ] briefing in the Elysee Palace, unfortunately, have again denied entry to an RT France employee, thus taking another unfriendly step, even without explaining the reasons for such a decision. The Russian Union of Journalists is deeply concerned over this unfriendly move, which directly contradicts the freedom of speech and informational transparency principles," Radzevich said.

Radzevich stated that the practice of denial of entry to the RT France reporters continued, although the French authorities repeatedly stressed their adherence to the press freedom principles.

Earlier in the day, an RT France reporter was denied entrance to the Elysee Palace where the briefing of French President Emmanuel Macron’s press secretary was held. Earlier in January, the French president’s team did not allow an RT TV crew to attend a summit in Rome, where Macron participated.

© Sputnik / Evgeny Biyatov
IFJ Urges Paris to Ignore 'Insidious' Demand to Withdraw RT France's Licence
The chairman of the Russian Civic Chamber's commission for the development of public diplomacy, humanitarian cooperation and the preservation of traditional values, Elena Sutormina, said she intended to ask the Organization for Security and Co-operation in Europe (OSCE) and the United Nations to publicly react to the situation of oppression of RT journalists in France.

"On behalf of the commission, we will send official requests to the OSCE and the UN with a request to give their public assessments of the situation with the harassment of Russian journalists in France. This is not the first time that our correspondents are not allowed to take part in official events of the country's top officials," Sutormina told Sputnik.

She noted that European countries' governments increasingly often establish a filter that must cut off media that are undesirable for them, as such media tell the truth, give an objective picture and make a good analysis.

"Therefore, for my part, I consider that it should be taken as blatant censorship, and I call on the major international institutions, as well as the professional journalistic community, to condemn such actions by the authorities of these countries," Sutormina added.

"We oppose the infringement of our journalists' rights. If such practice in relation to RT will persist or any other discriminatory measures will be taken against our broadcaster, Russia will take retaliatory measures against the French media," Tolstoy said.

The RT France channel launched its operation in December. However, 11 French public figures called on the county’s broadcasting watchdog Conseil superieur de l’audiovisuel (CSA) to recall RT France’s license for operating on the country's territory. The individuals claimed that the broadcaster’s operation could lead to the "confusion of minds and dissension" among the French.