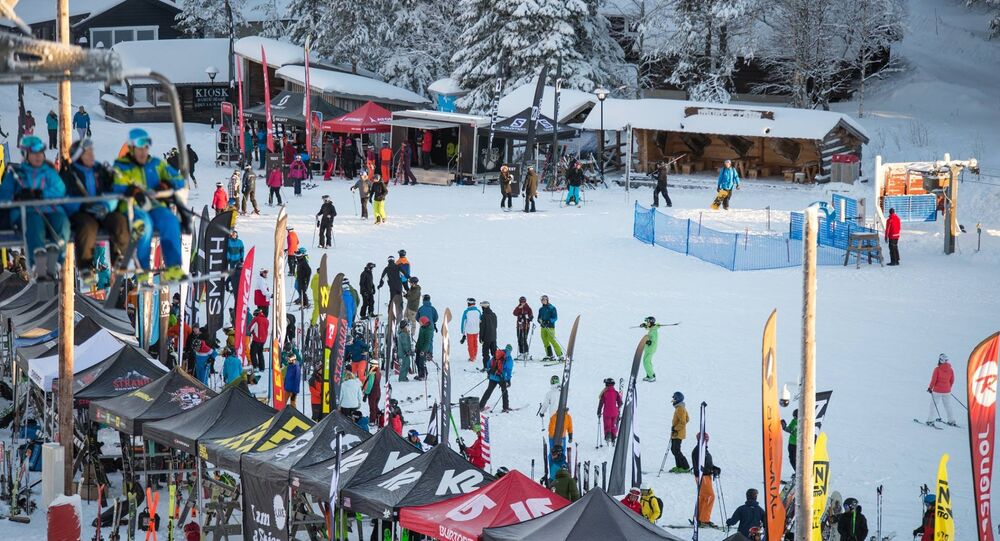 Scandinavia's largest ski resort has landed in hot water for burning down an illegal migrant camp it deemed to be a 'pile of trash.' Since neither police nor bailiffs were contacted prior to the move, the managing company is now risking fines.

The unauthorized migrant camp at the Lindvallen ski resort in Sälen was burned down by the leisure and tourism company Skistar. The fire was intended to get rid of the hut, previously used by illegal migrants.

"It's a collection of junk that's going to go away," the Skistar manager in Sälen Jonas Bauer told the national broadcaster SVT.

However, the fire took an uncontrolled turn, and the fire brigade had to be summoned the same day.

"Actually we did a good job. Unfortunately, the fire resumed and that the rescue service had to be called. It was an accident at work," Jonas Bauer told SVT.

According to Bauer, Skistar regards the illegal camp, well hidden inside the resort, as "rubbish." By his own admission, Roma migrants from the EU used to stay there, but it has been unused for some time now. Subsequently, leftovers of kitchen equipment, cookware, clothes, blankets and washbasins were found in the area adjacent to the long track at Lindvallen.

​"It looks dirty. It looks like rubbish," Bauer said, explaining that the company has long planned to get rid of the camp. By Bauer's own admission, burning was chosen as it is difficult to access the area otherwise due to deep snow.

© REUTERS / Bjorn Larsson Rosvall/TT News Agency
Explosive Temper? Planned Refugee Asylum Torched for Third Time in Sweden
However, as no authorities have been informed about the purging effort to stop unlawful residence, Skistar may be fined.

"You don't simply burn other people's stuff," Anders Gustafsson, commanding officer of the Bergslagen police, said. "Depending on the value of the damaged goods, it may be classified as gross damage," he added.

Previously, illegal migrant camps have been encountered throughout Sweden. In many cases, evicting people and closing off the camps has been expensive and complicated.

​Skistar is a Swedish leisure, tourism, property and retail company, listed on the Stockholm Stock Exchange and specializing in alpine skiing in Scandinavia, ski schools and rental services. Sälen, one of Scandinavia's largest ski resorts, has over 100 slopes. In addition to Sälen, Skistar owns ski resorts in Vemdalen and Åre (Jämtland County, Sweden), Trysil and Hemsedal (Norway) and St. Johann (Tirol, Austria).