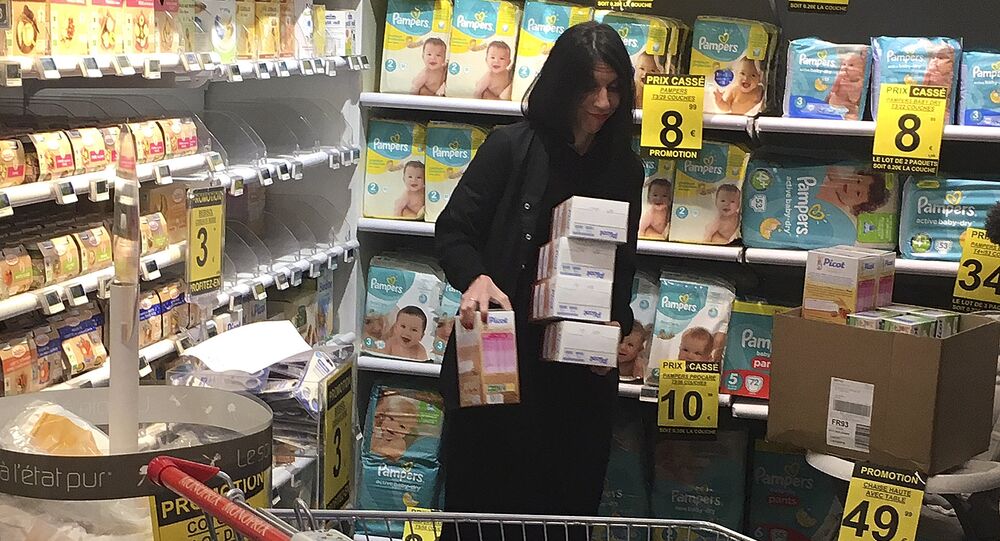 MOSCOW (Sputnik) – French dairy giant Lactalis is recalling some 12 million tins of its powdered baby milk in 83 countries due to a salmonella outbreak, the company’s CEO Emmanuel Besnier said Sunday.

The scandal broke out in December after dozens of children fell sick as a result of the contaminated baby milk produced by Lactalis. So far, French officials have reported 35 cases of children getting salmonella from the powder, one case has been reported in Spain, while another is being investigated in Greece.

"We must take into account the scale of this operation — more than 12 million tins are affected. [The distributors] know that everything has to be removed from the shelves… There are complaints and there will be an investigation with which we will fully collaborate," Besnier said in an interview with the Journal du Dimanche.

Speaking about the number of lawsuits filed by parents who say their children got salmonella poisoning, Besnier stressed that the company would compensate any families affected.

He also vowed to enhance the sanitary control of the Lactalis products.

Commenting on the fact that local media reported about the salmonella bacteria detected by Lactalis own technicians at the site in Craon, northwest France, in August and November, the CEO pointed out that the dairy giant had never tried to conceal the salmonella outbreak, adding that the company received the information about possible contamination just by December 1.

Earlier this week, Besnier was summoned to the French Finance Ministry to hold talks with Finance Minister Bruno Le Maire. Following the meeting the company promised to recall all infant formula milk products made at its Craon factory that were still in warehouses and on store shelves, regardless of the date of manufacture.

​Salmonella infection is a common bacterial disease that can cause diarrhoea, stomach cramps, vomiting and severe dehydration. In most cases, those infected recover without treatment, however, it can still be life-threatening, especially for young children.