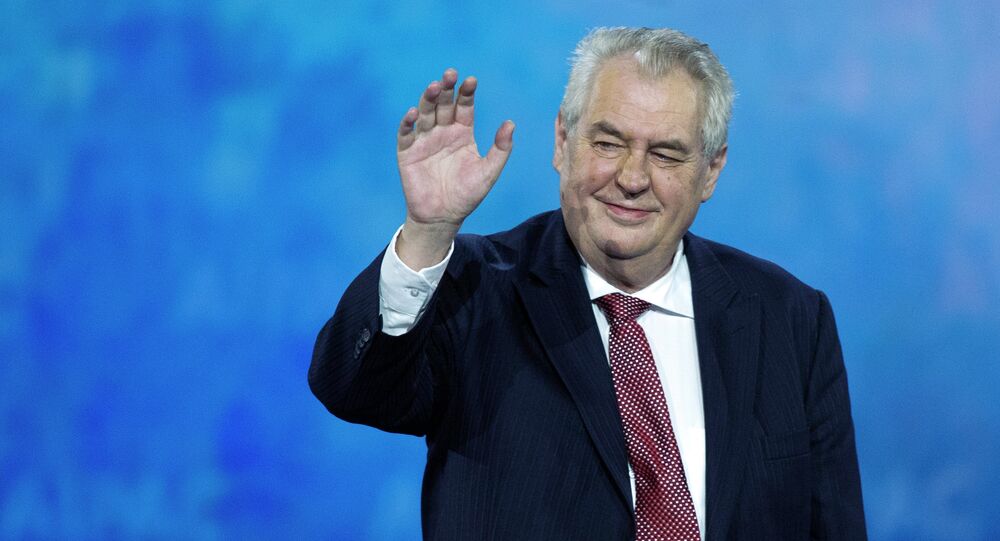 Zeman is set to face Drahos in the run-off vote on January 26-27.

Incumbent Czech President Milos Zeman has received 38.58 percent of votes in the first round of the presidential election, while his key rival Jiri Drahos, former head of the Czech Academy of Sciences, came second with 26.59 percent of votes, the Czech Statistical Office (CSO) said on Saturday.

His main opponent, Jiri Drahos, who is the former head of the Czech Academy of Sciences, has gained 26.02 percent, according to preliminary data.
After the official results were published, Zeman said at a press conference that he was ready for participation in debates with Drahos.

If no candidate wins a majority, the run-off will be held on January 26-27.

According to the CSO, the results of other seven candidates range from 0.47 to 10.22 percent of votes. A total of nine candidates are running for the presidency. According to the Czech Statistical Office, the turnout at the voting was about 60 percent.

Zeman has served as the Czech president since March 2013. He ran as the candidate from the Party of Civic Rights, which he founded in 2009.

The incumbent president promotes cooperation with China and Russia and opposes accepting the refugees from the Muslim countries. Drahos, meanwhile, argues that Prague should focus on Euro-Atlantic direction in its foreign policy, calls for maintaining anti-Russia sanctions and distances himself from too close partnership with Beijing.