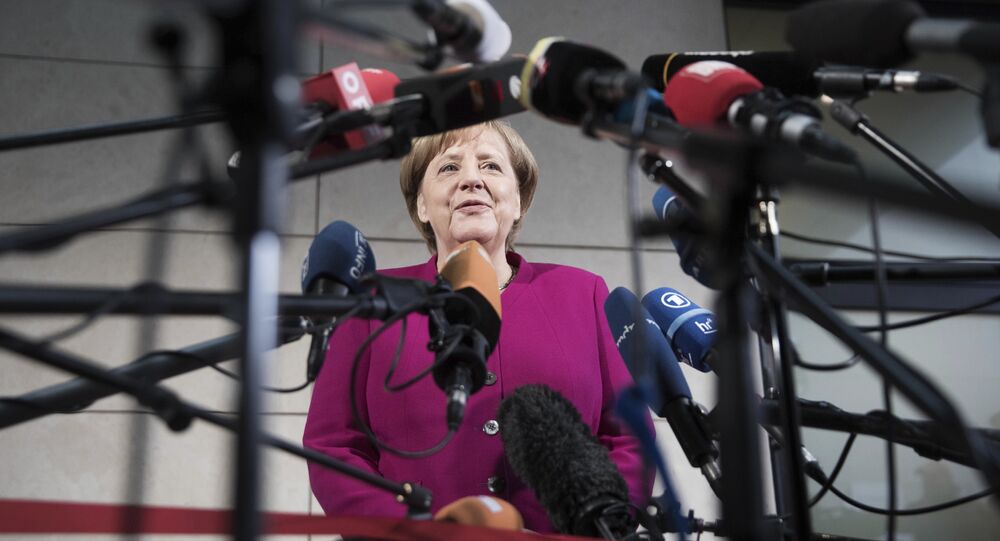 The reached agreement ends the uncertainty about Germany's role on the international stage and strengthening Chancellor Angela Merkel's position.

"The world is not waiting for us — we need a fresh start in Europe," German Chancellor Angela Merkel stated at the end of more than 24 hours of negotiations between the CDU/CSU bloc and the SPD party.

The comment was made after the Christian Democratic Union (CDU), the Christian Social Union (CSU) in Bavaria and the Social Democratic Party of Germany (SPD) have reached a breakthrough in coalition talks on the formation of the country's government.

SPD leader Martin Schulz has hailed the achieved agreement, saying that "I think we have achieved outstanding results".

"We Social Democrats, in our (leadership) committee, decided unanimously to recommend… to the party congress to give the party leadership a mandate to pursue coalition negotiations to form a government," Schulz added.

The German Chancellor has supported this position by saying that she was very optimistic about forming a new coalition, adding that the CDU recommended starting detailed talks on creating a stable government.

What Does This Coalition Mean for Germany?

After the CDU/CSU bloc failed to form a government with the Greens and the Free Democratic Party, they counted on the coalition with the SPD, which had initially refused to participate in it, but then changed their position on the matter.

READ MORE: 'It Will Be a Hard Day': Merkel on Stalled Government Coalition Talks

As the Schulz revealed during the talks, lasting from January 7 till 11, the sides had set up a good foundation for the upcoming preliminary talks.

The difficult situation in forming a government is connected to the German Free Democratic Party's (FDP) decision to withdraw from the coalition talks with the CDU/CSU and the Greens in on November 20, 2017. As a result of this move, if the coalition talks fail, the remaining options for Merkel will be snap elections or a minority government.

READ MORE: German Chancellor Merkel to Reveal Her Plans on Forming Government in 2018