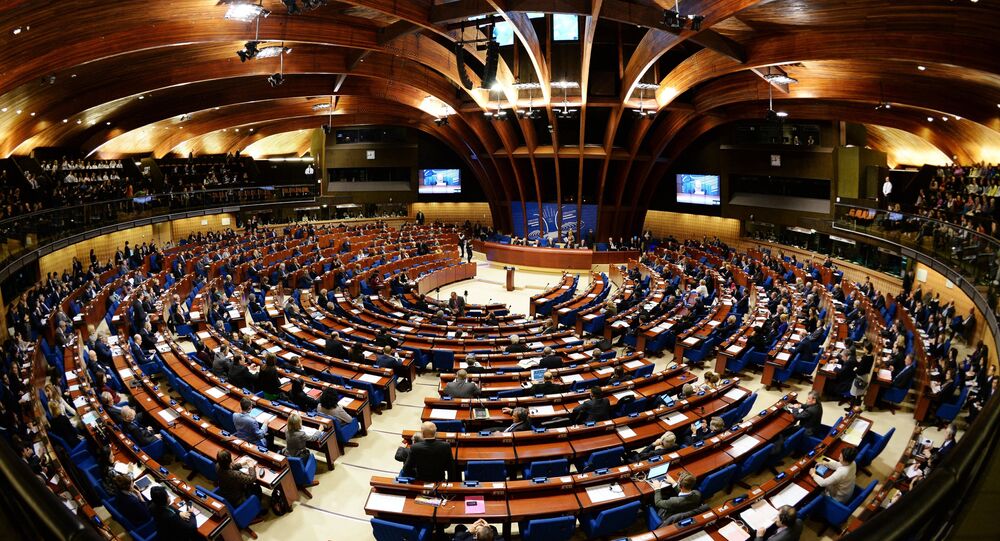 MOSCOW (Sputnik) - Russia's decision to forego the January session of the Parliamentary Assembly of the Council of Europe (PACE) is regrettable, but Moscow and the Assembly should forget their arguments and move forward, focusing on cooperation, PACE's Unified European Left (UEL) Group Chairman Tiny Kox told Sputnik on Thursday.

Russia's decision not to send its delegation to the PACE session in January is motivated by the organization's failure to offer any guarantees that there would be no discrimination against national delegations, Russian State Duma Deputy Speaker Pyotr Tolstoy said earlier in the day.

"Russia should never have left the platform in 2014, and the PACE should never have provoked the Russian colleagues to do so. But this is all history, we have to continue our efforts to overcome this controversy and find ways to renewed cooperation in PACE of delegates of all 47 member states," Kox said.

UEL chair added that he "deplored" Russia's decision to abstain from participating in the January session and stressed that Europe was "in dire need of a functioning pan-European platform for parliamentary diplomacy."

The sides will have a chance to work on "useful and practical ways of cooperating" in January, when a new ad hoc working group comprised of parliaments of all 47 member states, including Russia, will discuss the future functioning of the Assembly.

The ad hoc working group was created on the basis of proposals of Michele Nicoletti, ahead of the Italian delegation and chair of Socialists, Democrats and Greens Group, who suggested that all delegations, including Russia, should be able to participate in the work of both statutory bodies of the Council of Europe, the Committee of Ministers and the Assembly. The Nicoletti proposals were adopted by the Assembly in October.

© Sputnik / Vladimir Fedorenko
Strasbourg to Continue Dialogue With Russia to Seek Way Out of Deadlock in PACE
In 2014, PACE stripped the Russian delegation of its voting rights and banned it from participating in the work of its three key bodies over the crisis in Ukraine and Crimea’s reunification with Russia. In late 2015, the Russian delegation left PACE and did not renew its credentials ahead of the assembly’s 2016 and 2017 winter sessions.

Moscow said that it would resume its work within the PACE only if it were allowed to have all the rights of other national delegations, including the right to vote.