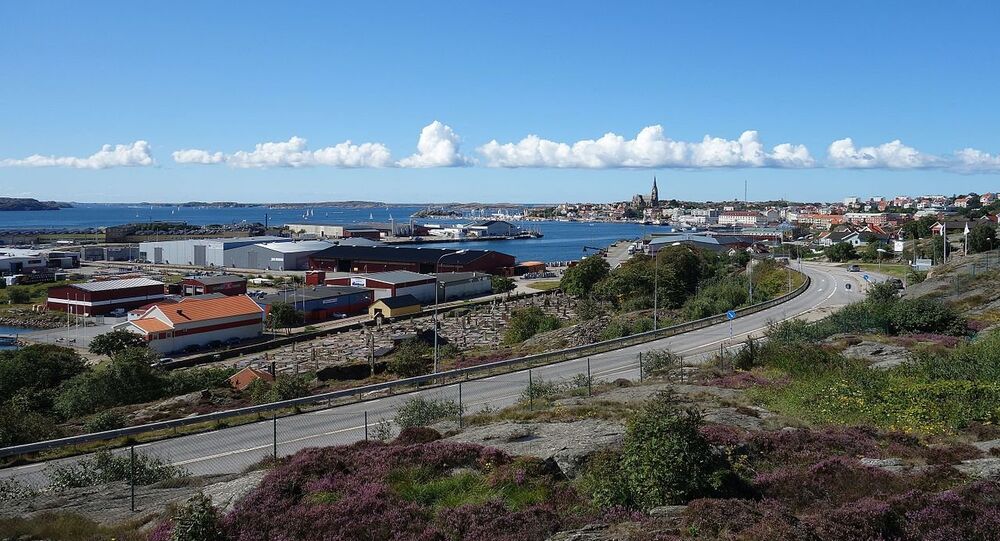 China's plans to build one of Scandinavia's largest harbors in western Sweden have triggered a searing debate in the Nordic country, with numerous experts voicing environmental and security threats, despite optimism from the proposed host municipality.

The plans to build a giant port in Lysekil, Västra Götaland County were first presented in late 2017. What now is a little harbor for sailboats was predicted to become the Nordic region's largest container port capable of receiving 400 meter- long ships, which was warmly welcomed by Lysekil Municipality.

In addition to the deep harbor in Brofjorden, the plan also featured massive investments into the region's railway and motorway infrastructure, hospitals, schools and elderly care, promising thousands of jobs. However, when the projected investor Sunbase was found to be owned by Chinese businessman Gunter Gao Jingde, who is closely related to the Chinese leadership and that Sunbase's land areas in Hong Kong were previously given to the Chinese military, the enthusiasm for the great makeover, which included several luxury hotels, began to abate.

​Many skeptics ventured that "Lysekina" (an ironic portmanteau word for Lysekil and Kina, Swedish for China) is in fact part of China's strategy of undermining Sweden's security interests.

"We cannot have a small municipality like Lysekil decide on matters of national interest. This is not just about the environment, but also about security policy and the consequences of letting a superpower like China build a deep sea port in Sweden," local resident Magnus Sederholm, a doctor with a military past, who has also spent some time in China as a guest professor, told the Dagens Nyheter daily.

Inge Löfgren of Lysekil Council stressed the proposed harbor's environmental impact on the whole archipelago, as new railways and roads will be built.

"Another factor is that local employment will be enhanced by next to zero. The Chinese will build the port themselves, and machinery will handle the loading of containers," Löfgren told Swedish national broadcaster SVT.

​Hans Stigsson of the Norrköpings Tidningar daily likened China's economic expansion to "colonial attitudes" and argued that it perhaps was a "historically useful lesson" for Europe to experience the same imperialism it has established in other parts of the world for centuries.

Expressen's columnist Csaba Bene Perlenberg went so far as to call Lysekil "Scandinavia's Troja," surmising some sort of conspiracy between China and Russia, which was previously denied the opportunity to use one of Sweden's Baltic ports on Gotland in connection with the Nord Stream 2 pipeline.

"Given China's close geostrategic and security policy cooperation with Russia, a Chinese port in Lysekil, close to Scandinavia's largest port in Gothenburg and NATO member Norway, is a particularly dumb idea. While Sweden would be seeking support from the West in case of a crisis, Russia would already have its partner China on our West Coast, which in the worst-case scenario can block aid to both Sweden, Finland and Norway," Perlenberg wrote.

On the other hand, Frida Wallnor, economic analyst at the Dagens Industri daily, stressed that Sweden was lagging behind its neighbors as regards direct foreign investments and was largely reliant on foreign ports due to a lack of deep harbors of its own. She also dismissed the reluctance to accept China's massive investment as "stupidly stingy."

"Anyone who is buying the conspiracy theory of China's future annexation of Sweden should take a step back to reality. Once we say no to the Chinese in Lysekil, we might also want to expel the Hong Kong company MTR company from operating the Stockholm subway. Or the Saudi owners of the Preem company with their refinery and oil port in the very same Lysekil," Wallnor ventured in an opinion piece.