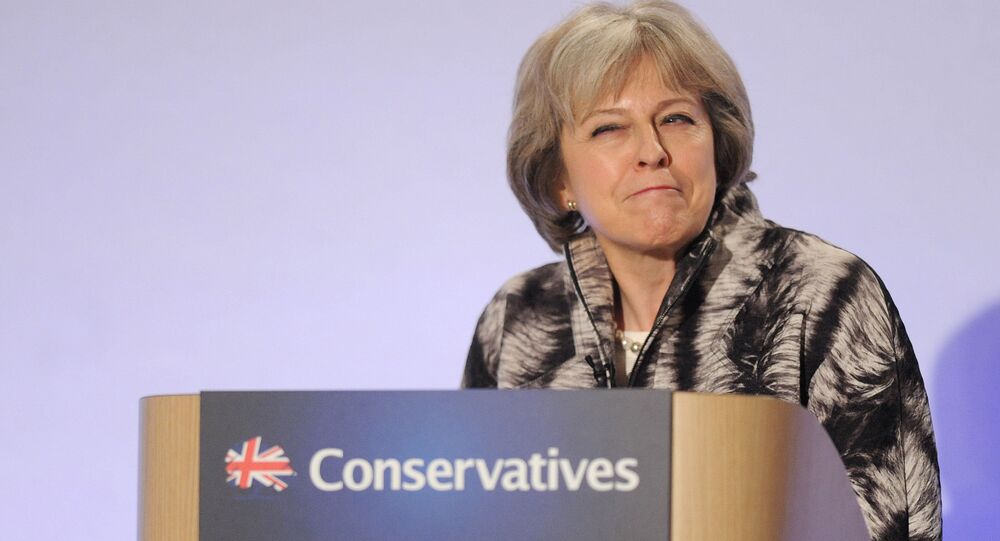 A number of lawmakers, including Labour leader Jeremy Corbyn, put forth their questions to PM Theresa May, who faced serious pressure over the National Health Service’s (NHS) winter crisis.

The first Questions to the Prime Minister (PMQs) session of 2018 was held in London on Wednesday. The PMQs is a constitutional convention held every Wednesday, during which UK Prime Minister Theresa May answers questions from Members of Parliament.

Those set to quiz Theresa May at #PMQs shortly are… pic.twitter.com/wkKGyABGiR

​Talking about the NHS crisis, Jeremy Corbyn said 17,000 patients had waited in the back of ambulances in late-December.

"What words of comfort does the PM have to the 17,000 patients waiting in the back of ambulances in the last week of December? Is it 'nothing's perfect', by any chance?" Corbyn asked.

May said she was sorry to people who faced  delays in medical services but said the NHS was better prepared for this winter than ever before.

Corbyn continued his criticism of May over the healthcare crisis, talking about the postponement of thousands of operations in January due to a surge in demand at the NHS during the winter period.

"I fully accept that the NHS is under pressure over the winter… I apologize to those people who have had their operations delayed," she said.

Corbyn also mocked May over reports that she planned to sack Health Secretary Jeremy Hunt over the NHS crisis, claiming she was "too weak" to do so.

My snap verdict on #PMQs: A sorry performance by Theresa May hands Corbyn victory
https://t.co/nmrziZzEzl pic.twitter.com/xP0ThtFNbR

This is the appalling level of debate:

.@Anna_Soubry — I’m somewhat shocked by you saying govt has done “everything it possibly could” for the NHS.

Mr.Corbyn was brilliant today, totally nailed May on tory NHS policy and his comment on tory creeping privatisation of our Health Service was political dynamite,a masterful performance of care and compassion, in comparison with bluster and bogus stats from May #PMQs

Haha Corbyn is destroying her. She looks like she's about a minute away from bursting into tears. #PMQs

​The questions came in the wake of a report on Wednesday in The Times, which said a leading hospital was delaying chemotherapy for patients due to a shortfall of nurses in the medical unit.

Labour MP Luciana Berger asked May about the report and asked her to apologize, but the prime minister dismissed the question.

This is what I was referring to in my #PMQs — no acknowledgement or answer from the PM. Really shocking. pic.twitter.com/ozig2PtALY

​In addition to her apology to the patients, May also had to apologize for mocking Shadow Education Secretary Angela Rayner for missing the PMQs.

God this was awkward #PMQs pic.twitter.com/rm4LK8q8Wu

​After realizing that Rayner was absent due to medical reasons, May said, "Oh I’m… I do apologize… I did not realize the Shadow Education Secretary was herself undergoing medical treatment. I apologize unreservedly for that comment."

The Prime Minister attacking Angela Rayner for not turning up to PMQs, only to have to apologise after learning she is in hospital, really does take the biscuit. #PMQs