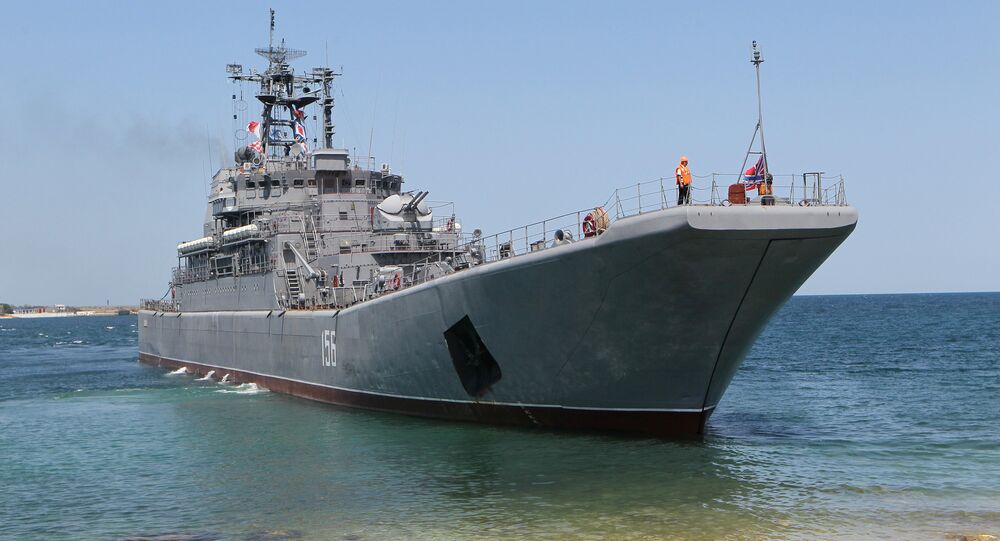 The Russian Yamal landing ship and Sierra Leone-flagged dry cargo ship have collided in the Aegean Sea. No one has been injured, the vessels then continued along their planned routes, Viacheslav Trukhachev, a Black Sea Fleet press representative reported.

"On December 30, at about 7 a.m., while passing through the Karpathos Strait (9-10 miles south of the island of Rhodes), the Orka-2 dry cargo carrier under the flag of Sierra Leone, carrying out a shipment from Egypt to Turkey, collided with a large landing ship of the Black Sea Fleet "Yamal" in the Aegean Sea, following from Sevastopol from the Mediterranean Sea," head of the Information Support Department of the Black Sea Fleet, belonging to the press service of the Southern Military District, Commander Vyacheslav Trukhachev said.

According to the spokesman, no one was hurt as a result of the collision. The ships remained on the move and continued on to their destinations.

As the commander explained, the collision was caused by the Orka-2 ship, which in violation of the International Rules for Preventing Collisions at Sea (COLREG-72), and "while following a parallel course and overtook the Russian ship on the port side, without making sure that the overtaking was completed, suddenly changed course to the right and caused a collision."

The photo of the Yamal ship after the collision:

​The spokesman noted that Russia had drafted a notarized statement of maritime protest, which described the circumstances of the incident for subsequent actions to recover the damage caused by the perpetrator.