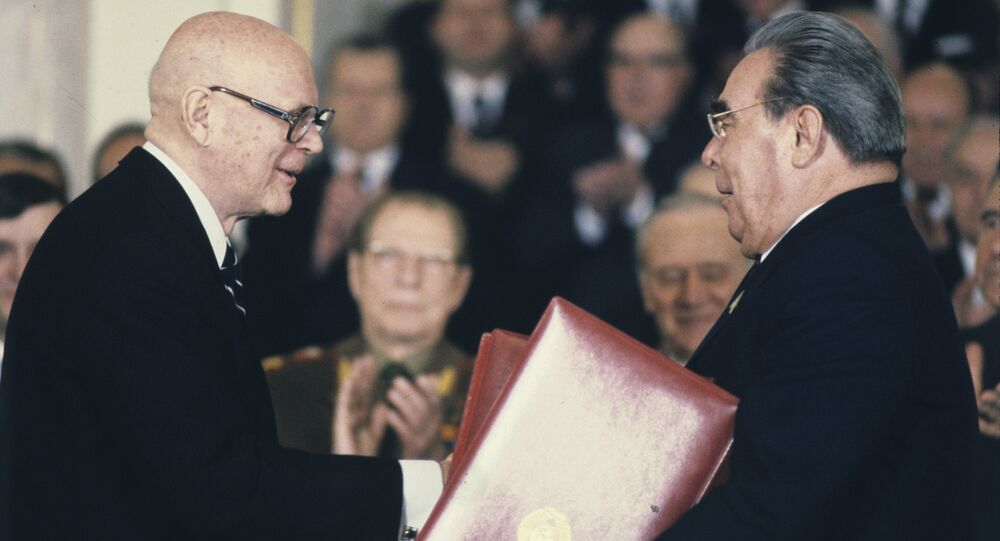 Urho Kekkonen, Finland's longest serving president, also known for his friendly relations with the Soviet Union, has been picked by his compatriots as the Nordic nation's best leader.

A poll asking Finns to rank the country's 12 presidents suggested that Urho Kekkonen, whose tenure spanned an unparalleled quarter of a century, is held in the highest regard among the country's residents, followed by incumbent leader Sauli Niinistö, Finnish national broadcaster Yle reported.

Close to half of the respondents (49 percent) picked Kekkonen, who served as the eighth Finnish President between 1956 and 1982.

As the leader of the nation, Kekkonen continued his predecessor Juho Kusti Paasikivi's "active neutrality" line, under which Finland maintained close ties with Moscow and interacted vigorously with the Communist bloc, while simultaneously keeping extensive contacts with NATO members.

​Finland's postwar foreign policy of neutrality and peaceful co-existence was set forth by Paasikivi, who was president from 1946 to 1956. Over his tenure, Kekkonen further elaborated the so-called "Paasikivi-Kekkonen line", emphasizing that Finland should be active rather than passive neutral. This policy, also known derogatorily as "Finlandization," was described by Finnish political cartoonist Kari Suomalainen as "the art of bowing to the East without mooning the West." In 1980, Kekkonen was awarded the Order of Lenin for his efforts to maintain international neutrality and a trusting relationship with the USSR.

​Although debated at home, Kekkonen's bilateral trade policy with Moscow was lucrative for many Finnish businesses, which were invited to the Soviet Union. His tenure saw a period of high sustained economic growth, followed by an increasing integration with the West. Kekkonen was also an early proponent of Finnish participation in European integration.

Finns' choice of Kekkonen was somewhat surprising, as he has been often criticized for sparking various forms of self-control and self-censorship to please Helsinki's vast neighbor, not to mention an authoritarian style of leadership that approached a "personality cult" towards the end of his term. In the post-Soviet era, the policy of "Finlandization" has been subjected to denigrated criticism. Likewise, Kekkonen's deteriorating health in later years, which resulted in delusional thoughts and a failing sense of balance, has been frequently made fun of.

​Incumbent President Sauli Niinistö, first elected in 2012 and now seeking re-election for a second term, was not far behind, harvesting support from 45 percent of the survey respondents. Niinistö is known for his efforts as mediator following the recent cooling of relations between the West and Russia.

​By contrast, Baron Carl Gustaf Mannerheim, who is often regarded as the "father of the nation" for his role in both the Civil War and World War II, only came in fifth with 23 percent of the vote. In a 2004 survey, Mannerheim was voted as the greatest Finn of all time.

READ ALSO: 'A Token of Belonging to the West': Why Finland Is so Fond of Its Swastikas

​He was outstripped by Tarja Halonen, Finland's first woman president, who served from 2000 to 2012. Her two terms in office were marked by high popularity ratings and high-profile work on human rights issues.

Another notable mention, Martti Ahtisaari, Finland's tenth President from 1994 to 2000 and Nobel Peace Prize winner, came in sixth with 21 percent of the vote.

The poll interviewed 1,016 respondents between the ages of 18 and 75 from all corners of Finland, with the exception of the Åland Islands. It was commissioned by Finland's Foundation for Municipal Development and carried out between December 1-5, 2017 by the pollster Kantar TNS.