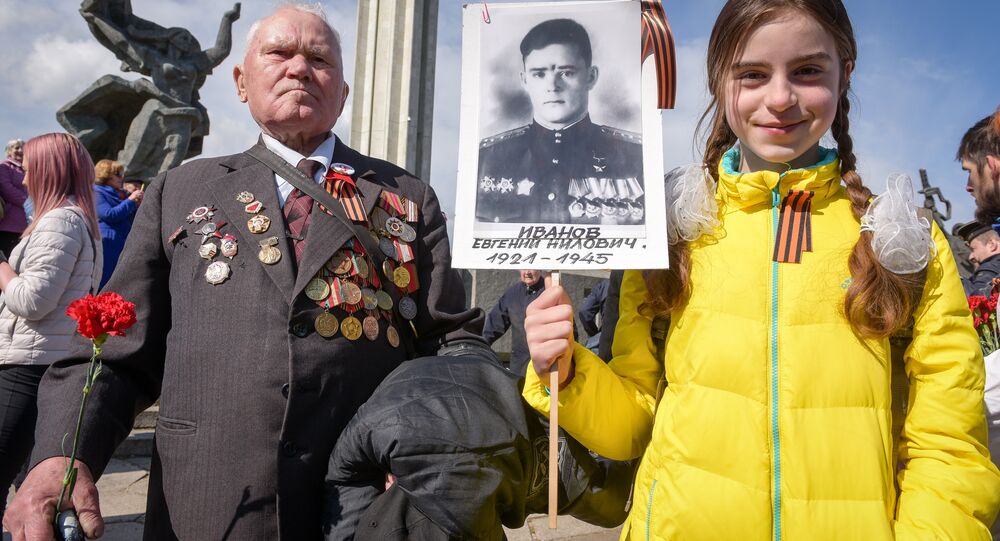 MOSCOW (Sputnik) - The Russian Foreign Ministry is outraged at the fact that the Latvian President had signed the law on granting the status of World War II participant to Latvian citizens that fought in the country’s regular armed forces both against Nazi Germany and against the Soviet Union, ministry's spokeswoman Maria Zakharova said Tuesday.

Latvian President Raimonds Vejonis promulgated the law on eligibility to the status of World War II participant,  proposed by the parliament’s human rights and public affairs commission, on Thursday.

"We are outraged at this latest blasphemous legislative act. A blatant desecration of the course and outcome of the World War II is absolutely unacceptable and will have serious consequences for the Russian-Latvian relations," Zakharova said in a statement, released on the ministry's website.

© Photo : Wikipedia/Edgars Košovojs
Russian TV Journalists Expelled From Latvia
The spokeswoman added that the Russian Foreign Ministry had urged the United Nations, the Organization for Security and Co-operation in Europe (OSCE) and the Council of Europe to give their assessments of the Latvian legislation.

"We have called on the related international structures — the UN, the OSCE, the Council of Europe — to assess this flagrant step by the Latvian authorities accordingly and in a principled manner," Zakharova  said.

Russia to Carry Out Observation Flights Over Latvia, Lithuania on August 21-26