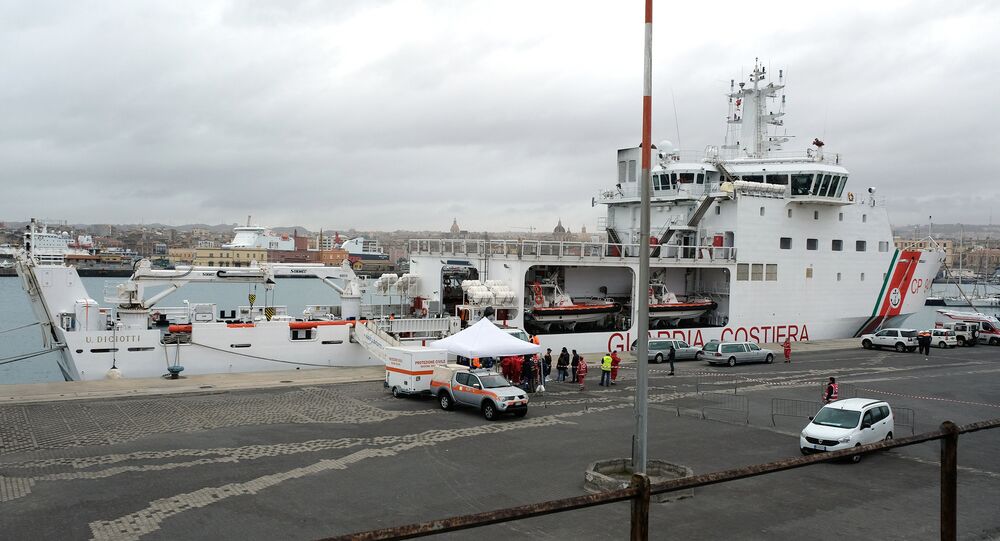 MOSCOW (Sputnik) – At least 56 people went missing after a shipwreck near the Italian island of Sicily, the Medecins Sans Frontieres (MSF, also known as Doctors Without Borders) non-governmental organization said on Monday.

"According to our medical teams in the port of #Catania #Sicily, at least 56 #people are missing after the first terrible shipwreck of 2018. Among them there were many children who are believed to have drowned at sea," the MSF said on its Twitter page.

The organization added that its psychologists had talked to 14 people, who survived the shipwreck.

© AFP 2020 / Christof Stache
Flow of Migrants From N Europe to Germany Up 35% in Jan-Oct 2017 – Reports
"Our psychologists in #Sicily have talked with 14 people who have lost at least 1 family member or a friend to the sea. Among the survivors, was a 3 year old child who has lost her mother and arrived alone and a family of 11 now a family of 3," the MSF added.

The Mediterranean Sea remains a key transition route for migrants and refugees fleeing war and poverty in North African and Middle East countries. In 2017, about 120,000 people arrived in Italy through the Mediterranean route while 2,832 migrants died during the journey, according to the International Organization for Migration (IOM) figures.