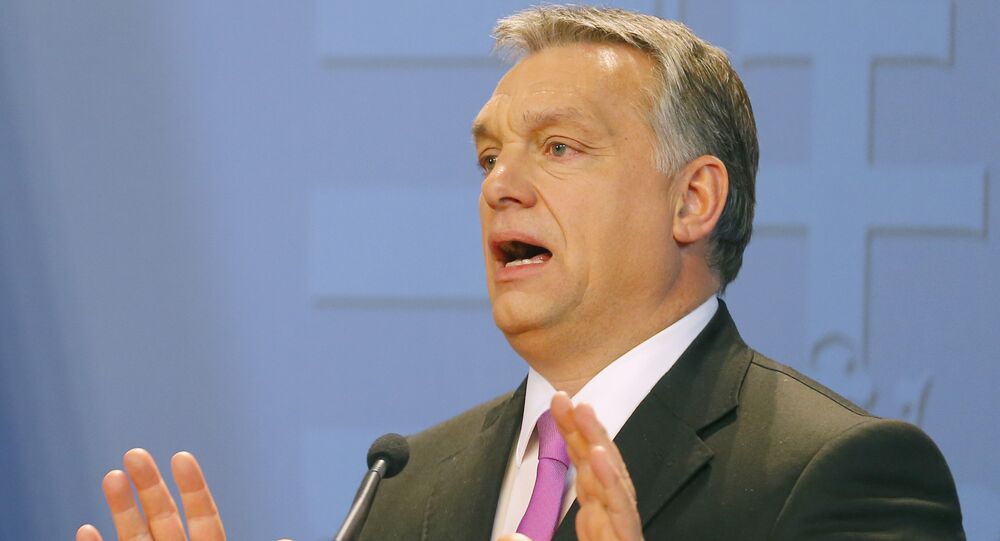 According to the Hungarian leader, the influx of Muslims into Europe risks creating "parallel communities" inside European countries.

Hungarian Prime Minister Viktor Orban insisted that Budapest will not accept any more migrants in the future, and explained why.

"We do not consider these people to be Muslim refugees. We regard them as Muslim invaders," Orban said, in an interview with Germany's Bild newspaper.

© AFP 2021 / Christof Stache
Flow of Migrants From N Europe to Germany Up 35% in Jan-Oct 2017 – Reports
The prime minister explained that in order to arrive in Hungary from Syria, one would need to cross a minimum of four countries. This, he said, meant that these people were not "running for their lives," but rather "seeking a better life." Furthermore, he suggested, these migrants should have requested permission to enter Europe in advance, instead of breaching borders illegally.

"This was not a wave of refugees, it was an invasion," Orban said, referring to the mass flow of Middle Eastern and North African migrants that began in 2015. The prime minister added that he couldn't understand how a country like Germany, which has faced, "chaos" and "anarchy" as a result of the migrant inflows could "celebrate the illegal crossing of borders as something good."

The prime minister called on European leaders to show respect for Hungary's choice. In his view, although Brussels has accused Hungarian authorities of taking funds from the so-called EU Cohesion Fund without accepting refugees in return, the two issues are not actually related. This money, according to Orban, was not a gift, but a "fair balance" aimed at compensating Budapest for opening its market to European goods. "This has absolutely nothing to do with the refugee issue," he stressed.

© AP Photo / Edvard Molnar
Polish Prime Minister Confirms Commitment to Tighten Migration Policy
Last month, the European Commission referred Hungary, Poland and the Czech Republic to the EU Court of Justice, for what it said was "non-compliance with their legal obligations on relocation." Despite its quarrel with Brussels, Orban said that the EU was "a wonderful project," and that Hungary is happy to be part of it.

Europe has essentially split between East and West in recent years over the migrant crisis facing the continent. Late last year, a Pew Research poll projecting the growth of Europe's Muslim population showed that 15-30% of the populations of some Western European countries like Germany, Austria, France and Sweden could identify as Muslim by 2050. Eastern Europe, including Hungary, Poland, the Czech Republic and Slovakia, on the other hand, are projected to see only modest rises in their Muslim populations of between 0.2% and 4.5%, in accordance with their tough stance on immigration.