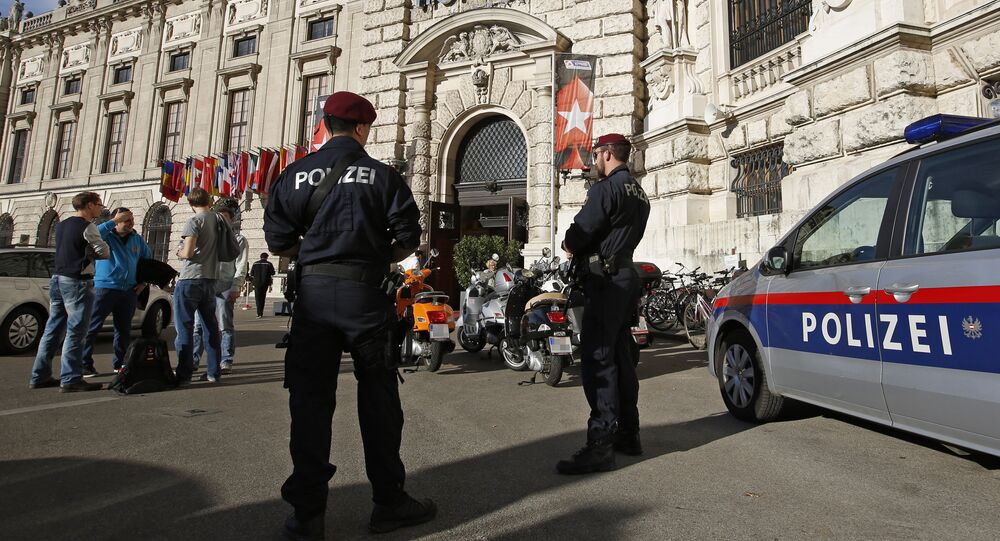 Lorenz K., 18, detained in Vienna in January 2017, has been accused of plotting terror attacks in Germany and Austria, as well as inciting a 12-year-old boy to carry out a foiled attack on a Christmas market in the German city of Ludwigshafen in 2016, the Kurier newspaper said.

The teenager also planned attacks on German military and police facilities, and some targets in Austria, according to the newspaper.

​The 18-year-old, for example, after having pledged his allegiance to IS-terrorism in a pledge of allegiance, is said to have influenced from summer 2016 onwards via WhatsApp, a 12-year-old German with whom he regularly exchanged views that he wanted to carry out a suicide attack in Ludwigshafen.

Lorenz K. came from an Albanian family, but was born and raised in Austria, the newspaper specified. He was reportedly radicalized and converted to Islam while serving a sentence in an Austrian prison for robbery in 2015. In November 2016, he pledged allegiance to Daesh.

A wave of terrorist attacks, particularity Islamist-motivated, has hit a number of countries in Europe, including Germany, the United Kingdom, France, and Sweden over past years.

In December 2016, a truck rammed into a crowd at a Christmas market in the center of Berlin. The attack left 12 people dead and almost 50 injured. The attacker, identified as 24-year-old Tunisian national Anis Amri, was shot dead several days later by the Italian police in Milan.