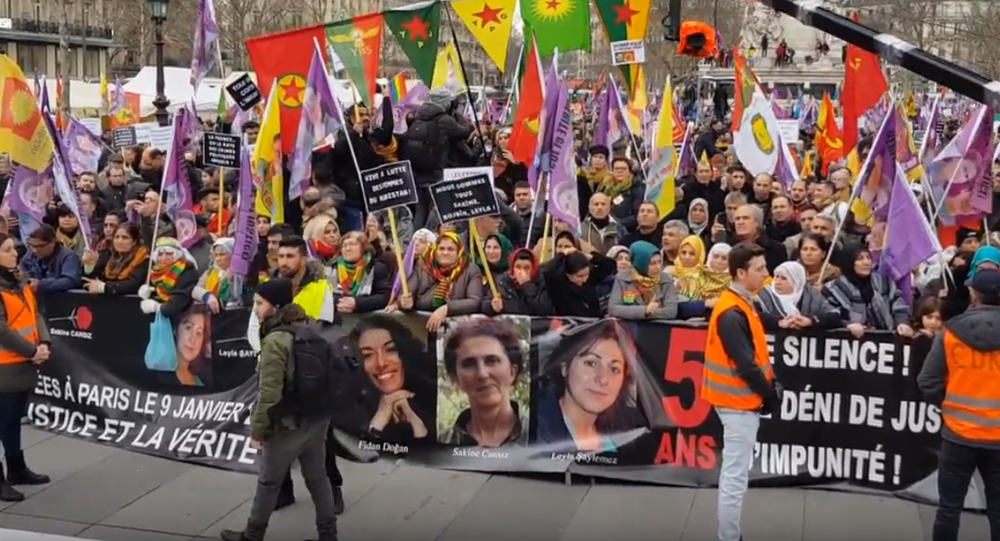 Kurdish activists and members of the notorious 'sextremist' group Femen greeted Turkish President Erdogan with protest rallies as he arrived in Paris to hold talks with President Macron.

The protesters chanted "Erdogan, assassin," demanding justice for the deaths of three female Kurdish rebels who were allegedly killed by Turkish agents in the French capital nearly five years ago.

© REUTERS / Philippe Wojazer
'Being a Journalist Doesn't Mean to Be Innocent': Turkey Slams Macron's Remarks About Jailed Journalists
In January 2013, the bodies of three female Kurdish activists — Sakine Cansiz, 54, Fidan Dogan, 28, and Leyla Soylemez, 24 – were found in central Paris with gunshot wounds. Cansiz was one of the co-founders of the Kurdistan Workers’ Party (PKK), which is branded as a terrorist organization in Turkey.

"I watched on television the press conference between Erdogan and Mr. Macron yesterday. It's sad that the president did not mention the murder of my sister… it seems that we are hiding things and France doesn't want to divulge information to preserve its interests," Ali Dogan, Fidan’s brother, said.

However, the Femen activists were swiftly identified and apprehended by police officers who ushered the scantily clad women away before the arrival of the Turkish leader.