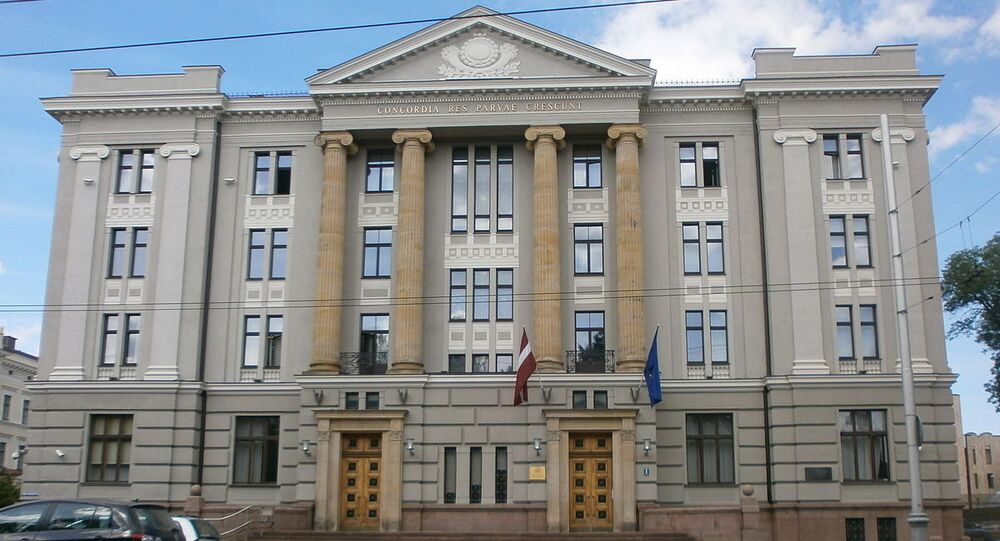 Olga Kurlayeva was bussed overnight to Latvia’s border with Russia after Latvian authorities branded her as a risk to national security and gave her a day to leave the country.

On Tuesday, Olga's husband, Anatoly Kurlayev, who is a journalist working for the Russian TV Tsentr broadcaster, told the Baltkom radio station that he had been also detained in the Latvian capital of Riga and would be soon deported. The journalist also published a picture on his Facebook account showing a paper issued by the Latvian Interior Ministry, declaring him also persona non grata.

Anatoly Kurlayev stressed Latvian authorities had not allowed his spouse to leave the country by plane and opted for a more humiliating way of deportation. However, Latvian customs and border officers treated her well, he added.

"Top officials decided to deport her in the most humiliating way possible. She was ready to pay for a flight home, but they bussed her to the Terekhovo checkpoint on the Latvian-Russian border and left her there," he told Sputnik.

© Sputnik / Mikhail Klimentyev
Putin Describes US Restrictions on Russian Media as an ‘Attack on Free Speech’
The journalist with Russia’s VGTRK broadcaster has been declared persona non grata, according to an official document by the Latvian Interior Ministry shared by Anatoly Kurlayev on Facebook on Tuesday.

Olga's friend and fellow journalist Alexei Stetyukha told Sputnik earlier Olga Kurlayeva had been held at a detention center for illegal immigrants in Mucenieki, not far from the Baltic nation’s capital of Riga.

"It is absolutely clear that the Latvian authorities, with the silent support of Brussels, have the goal to completely clean the country's information space from unwanted media… Official Riga directly and roughly violates its international legal obligations in the field of ensuring freedom of expression, violates the fundamental acts of the UN, the OSCE and the Council of Europe. We will seek appropriate reaction of the relevant international institutions," Zakharova said commenting on the situation.

© Sputnik / Daniel Galaydov
British Journalist's Press Pass Could Be Revoked Over Comments for Russian Media
Zakharova also called on international NGOs specializing in freedom of speech, to provide an adequate assessment of Latvia's actions, "which are impossible in a democratic society."

Similar incidents with Russian journalists have already occurred in Latvia as well as in other Baltic states — for instance, a detention of chief producer of Rossiya Segodnya International Information Agency Ella Taranova in Riga in October 2016.

In April 2017, a cameraman of Russia's REN TV broadcaster was barred from entering Estonia. According to the Estonian border police, he did not have the papers proving that the aim and circumstances of his visit were as stated in the visa application.