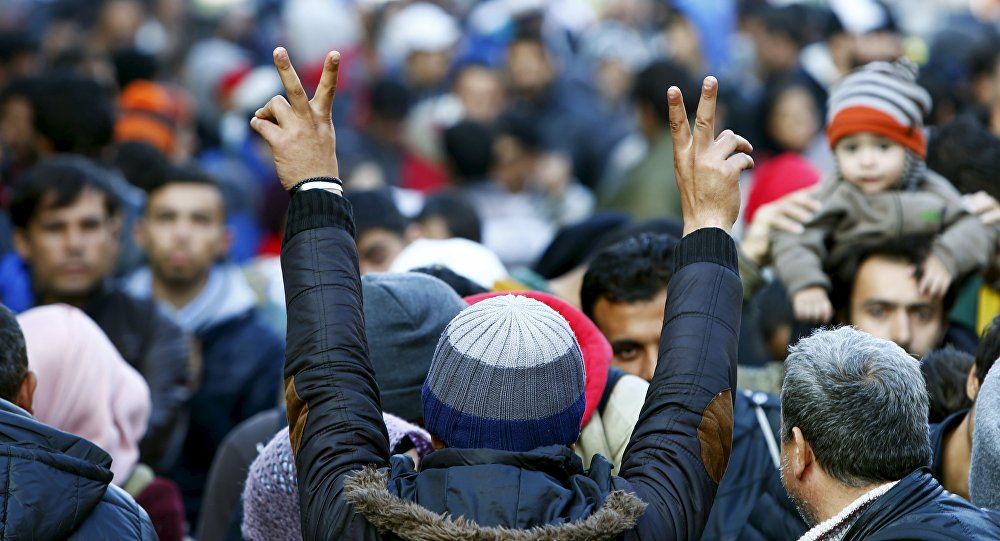 While German authorities are struggling to deal with the large number of migrants residing in the country, a recent study has revealed the negative consequences of the migration crisis on national security.

New research suggests there is direct connection between the growing number of reported violent crimes in the German federal state of Lower Saxony and the heavy inflow of migrants to the region, according to Deutsche Welle.

The study carried out by the Zurich University of Applied Sciences with the financial support of Germany's Ministry of Family Affairs, said that the police had registered a 10.4 percent surge in reported violent crimes in 2015 and 2016; 92.1 percent of these crimes were apparently committed by migrants.

The researchers argued that the tendency may be partly explained by the fact that violent crimes committed by asylum seekers were twice as likely to be reported to law-enforcement services in contrast to those committed by German nationals.

The study also came to the conclusion that men aged between 14 and 30 are more likely to commit violent crimes than those of other age groups.

In addition, the authors drew a distinction between the migrants' countries of origin, arguing that men from Syria, Iraq and Afghanistan were much less likely to be involved in violent crimes than those arriving from North Africa.

The findings confirm previous reports that the number of violent crimes had surged during the migration crisis. At the same time, other studies have said there is no correlation between growing crime rates and migrants.

The influx of migrants to Germany was a result of German Chancellor Angela Merkel's open door policy towards migrants fleeing devastating wars and military conflicts in their home countries.