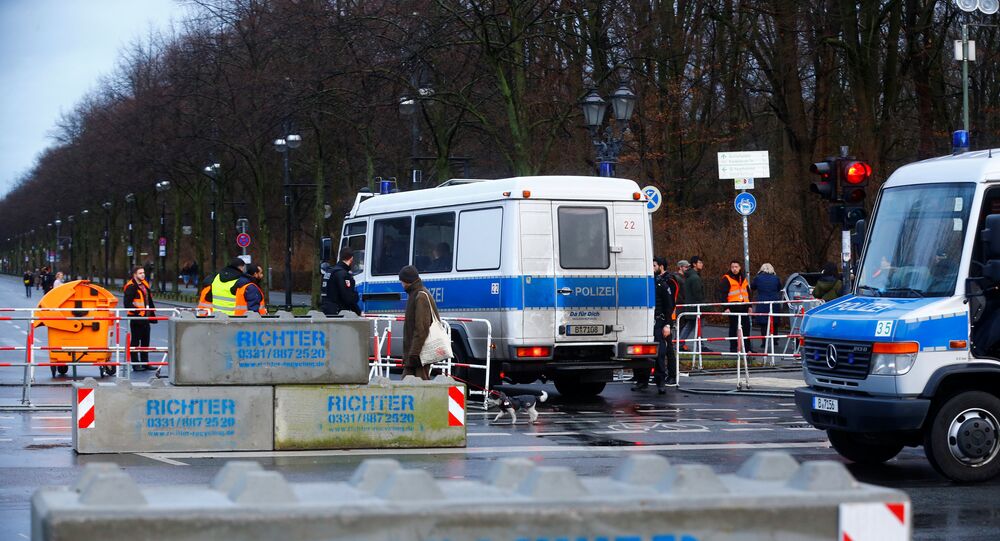 Despite a heavy police presence, and the creation of a special "Women's Safety Area" in Berlin, German police have said that "isolated" sex attacks occurred during this year's New Year's Eve celebrations.

In Berlin, where hundreds of thousands of people greeted the New Year in celebrations at the Brandenburg Gate, "isolated sexual attacks" were reported to police, the force tweeted.

The police did not respond to questions on Twitter about the nationality of the alleged perpetrators. "We are pretty sure they have one [a nationality]. Otherwise, this has no further impact on the criminal liability of the crime," they replied.

"At the #Welcome2018 events in #Berlin, unfortunately, occasional sexual assaults were reported. We do not tolerate such acts! The suspects have been arrested. Our civilian colleagues are also dealing with these crimes," the police tweeted.

​Berlin police told the German news agency dpa that a total of ten cases where women were sexually assaulted were reported and seven people detained.

Cologne was one of the hotspots of the notorious group sex attacks on women which took place at New Year's Eve 2016. Gangs of men characterized as looking Arab and North African committed sex attacks on women in cities across Germany. More than 1,200 complaints of sexual assault or harassment were made to police in the wake of the celebrations.

© REUTERS / Wolfgang Rattay
German police officers gather near the Hauptbahnhof before New Year celebrations for 2017 in Cologne, Germany, December 31, 2016
In an attempt to prevent a repeat, for this year's celebrations the authorities in Berlin had created a "Women's Safety Area" in the German capital. Four women sought refuge in the area over the course of the New Year's Eve celebrations, Stern reported.

The plan to set up a safety zone for women had been attacked in the run-up to New Year' Eve celebrations for sending a "disastrous message."

"Whoever came up with that idea has not understood the political dimension," Rainer Wendt, a former police officer and chairman of the German Police Union said, Deutsche Welle reported.

"With this message, you're saying that there are safe and unsafe zones," Wendt said, adding that this initiative would essentially result in "the end of equality, freedom of movement and self-determination."