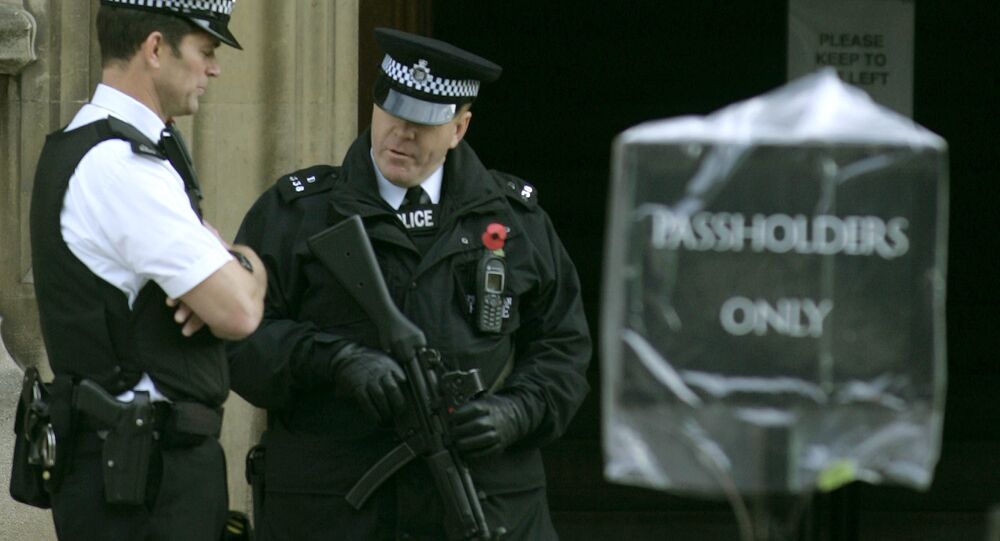 The rate of knife crime in the British capital is the highest over the last five years, with around 80 people killed in stabbing attacks in 2017, most of them young people under 25, according to the Metropolitan police.

Four people were stabbed to death and another one is in a critical condition after separate incidents took place on the outskirts of London on the New Year's Eve, where thousands of people gathered to watch festive fireworks, according to the police.

Late on Sunday evening, an 18-year-old was killed in a knife attack in Enfield in the northern part of London, a 20-year-old man died as a result of knife injuries in West Ham, east London, while in the south, in Tulse Hill, a 17-year-old boy was stabbed to death.

On Monday morning, a 20-year-old was stabbed in Old Street east of the centre of London, whereas the second man injured in the same attack was taken to hospital with critical wounds.

"It is heart-breaking that, at a time when so many of us are contemplating what lies ahead in 2018, four families are dealing with the grief of losing a loved one to senseless violence and the callous use of knives as lethal weapons," Neil Jerome, police commander, saidas quoted by the AFP.

Mayor Sadiq Khan has offered his condolences to the families of those killed in knife attacks on the New Year's Eve.

My thoughts today are with the families of four young men who have tragically been killed in four unrelated stabbings in our city last night. pic.twitter.com/5oPkUx9Lp1

The Metropolitan Police spokesperson revealed that 77 people died from knife crime in the UK capital in 2017. Forty of those stabbed to death were under the age of 25, according to Sadiq Khan's office.