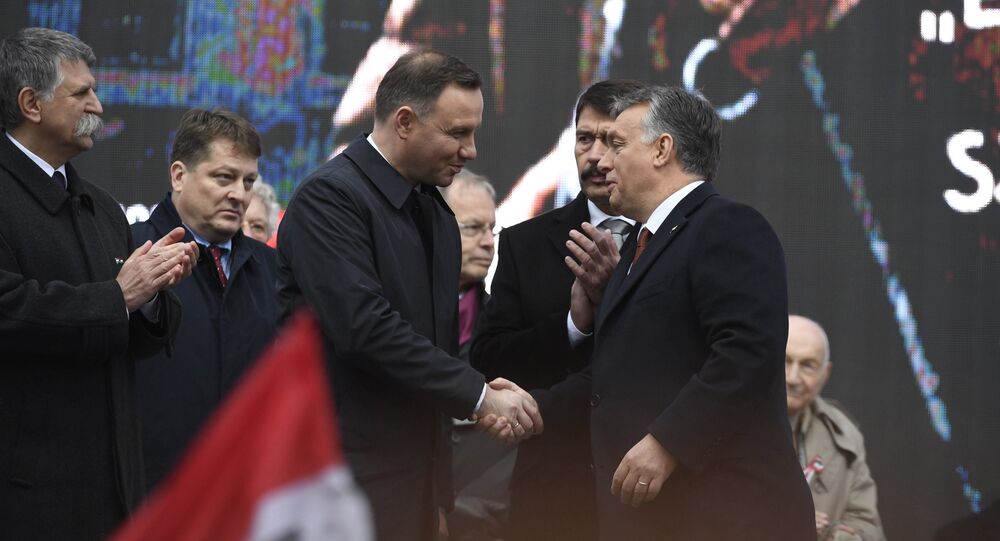 The European Union’s deteriorating relationship with Hungary and Poland, two member states that have increasingly expressed independent streaks as their national politics move to the right, has sent tensions spiraling upwards between Brussels, Warsaw and Budapest.

The European Court of Justice (ECJ) is currently deliberating on an EU allegation that Hungary and Poland violated the legality of a migrant quota. "We are confident that the ECJ will confirm validation, then they [Poland and Hungary] must abide by the decision," an EU source told Reuters.

"If they don't, then they will face consequences, both financial and political. No more opt-outs, there is no more ‘one foot in and one foot out.' We are going to be very tough on this."

The EU has frequently criticized both nations for their weak responses to the ongoing refugee crisis that has seen around 2 million refugees — mostly from Syria, Iraq, Afghanistan and Pakistan — enter Europe since 2014. The two nations, along with the Czech Republic and Slovakia, are members the "Visegrad 4," all of whom refused to support a quota system of refugee resettlement in 2015.

Hungary and Poland were two of the largest countries to join the EU in their significant 2004 expansion by 10 countries, most of them former Eastern Bloc states. The expansion was seen as a sign of the rising stock of the EU as well as a major victory for West-leaning groups in Poland, who had been pushing for membership in the EU and NATO since 1989.

But much has changed since 2004. Since 2010, Hungarian national politics have been dominated by Prime Minister Viktor Orban and his conservative, populist and nationalist Fidesz party. While Orban has received significant criticism abroad for his alleged anti-democratic reforms, he is quite popular in his own country, with Fidesz holding 114 of the 199 seats in the Hungarian National Assembly.

The European Commission has previously accused Orban of conducting an "assault on political freedoms" before the ECJ.

Poland has also come to be dominated by a right-wing party, the nationalist, populist and Eurosceptic Law and Justice Party. Like Fidesz, the Law and Justice Party controls both houses of the Polish legislature as well as the presidency through Andrzej Duda, who won his office in 2015.

Law and Justice has clashed multiple times with Poland's national judiciary, the Constitutional Tribune. On December 22, Duda signed a bill reducing the retirement age for judges, which will create openings in as many as 40 percent of judicial seats — allowing Law and Justice to fill those seats with sympathetic conservative judges.

In response, the EU triggered Article 7 for the first time ever. The article is the process by which the EU identifies whether or not its member states are playing by the rules they agreed to when they joined the EU. First, an investigation of the alleged breach will be conducted, then the nation's government must answer to the European Council to defend their actions, then finally the EC votes on whether or not to suspend the rights of the offending country.

While it seems unlikely that Poland will lose any rights since that requires a unanimous vote of condemnation from all member states, the issue may further drive a wedge between veteran EU states in Western and Northern Europe and their newer Eastern European counterparts.

Poland and Hungary are two of the largest net recipients of EU funds, with Poland receiving over $13.5 billion more in EU funds than they paid in 2014. Net contributor states like Germany (who paid $9 billion more than they received that same year) have increasingly pushed for a change in EU policy to match contributed funds to reciprocated funds.