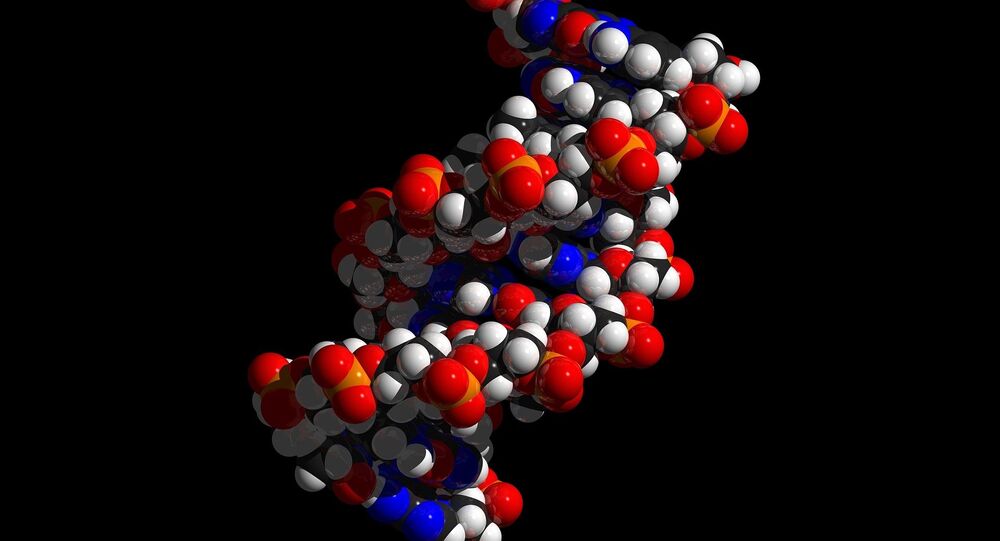 Suicide attempts have been associated with a change in the so-called "stress-related" CRH gene in a Swedish study, which may in the future help in the development of early identification methods for people in at-risk categories.

Suicide attempts and psychiatric illness may be caused by a stress-related genetic change in the person affected, research from Umeå University, Sweden has indicated.

"We had the idea of looking at stress-relieving genes to see whether there are differences between people who have committed serious suicide attempts and people who have made less serious attempts at taking their life," professor in psychiatry Jussi Jokinen at the Department of Clinical Science of Umeå University told national broadcaster SVT.

© CC0
Mental States: Finland, Sweden Lead EU in Number of Psychiatrists per Capita
According to Jokinen, blood samples from a total of 310 people revealed changes in the genes of people who have attempted suicide. Still, however, research on the subject is largely lacking, he admitted. At present, it is still impossible to say how common this genetic shift is in people who've never attempted suicide and what the shift is caused by. Nor has it been established whether this change is hereditary.

In theory, though, the discovery could be used for the early identification of people at risk of making a suicide attempt at a later stage in their lives. However, this method is not available today.

Meanwhile, other research in the area suggested that the changes may be caused by traumatic events experienced during one's childhood, adolescence and upbringing, Jokinen argued.

"It must be remembered that suicide and attempted suicide are very complex processes. To think that a simple blood sample would reveal a risk of suicide is yet a remote perspective," Jussi Jokinen said.

© CC BY-SA 2.0 / Ari Helminen / Stockmann
PC Gone Haywire: Finnish 'Crazy Days' Sale Accused of Mocking Mental Health
However, people who were in treatment after suicide attempts were found to have a dramatically reduced life expectancy in comparison to the general population. The study has been performed in collaboration between researchers at Umeå University, the Karolinska Institute and Uppsala University and published in the scientific journal EBioMedicine.

The Nordic countries have consistently ranked at the top of various indices measuring happiness and human potential owing to their welfare societies boasting a generous family leave, high-quality health care, high incomes and low crime. However, this happiness has been always accompanied by a paradox: the very same Scandinavian countries also had some of the world's highest suicide rates.

#Norway, #Denmark, #Finland and #Sweden are all in the top 10 of the #WorldHappinessReport! Well done #Scandinavia!!! #BecauseWereHappy:) pic.twitter.com/h6gPu1FRNb

​The Organization for Economic Co-operation and Development (OECD) has listed Sweden as having one of the highest reported suicide rates in the West for much of the 20th century. Swedes' suicidal tendencies exceeded the rate in other prospering nations, such as the Netherlands, Norway, and the United Kingdom. However, the suicide rate has been reported to be on the decline in recent decades.

​However, 185,000 Swedes have been treated for non-psychiatric disorders, including suicidal tendencies in the years 1971-2010 in a nation of 10 million. About one percent of all Swedes take their own lives, and about 20 percent of Swedes who have been in treatment after a suicide attempt end up dying by their own hand.

Scandinavian's predilection for taking their lives has traditionally been explained by regional factors like dark winters, cold weather or stress due to a rigid workaholic mentality.