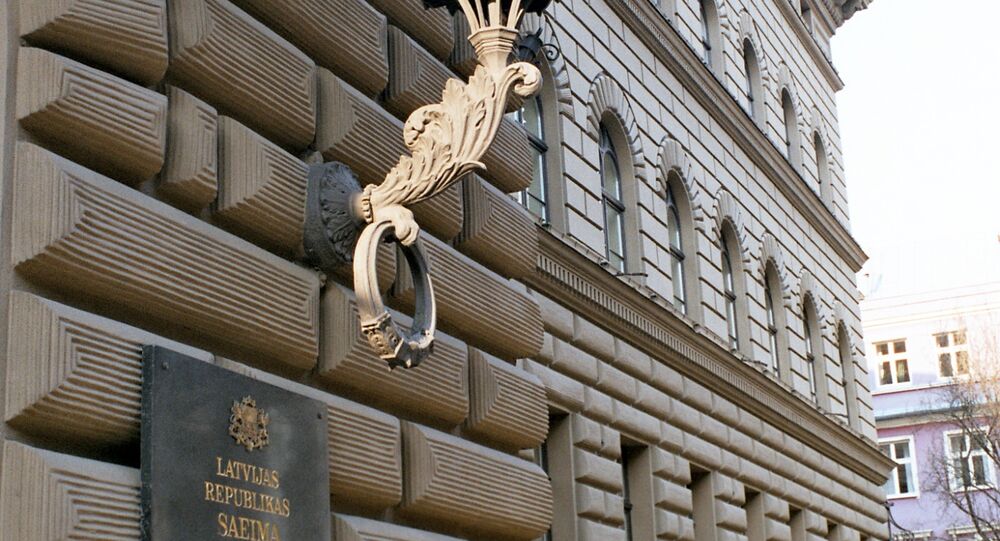 RIGA (Sputnik) - The Latvian parliament (Saeima) on Thursday approved a bill on granting the status of World War II participant to Latvian citizens that fought in the country’s regular armed forces both against Nazi Germany and against the Soviet Union, a Sputnik correspondent reported.

The bill was proposed by the Saeima’s human rights and public affairs commission with an aim to "honor the merits" of Latvian citizens that during World War II served in the regular military forces of other states and took part in armed fighting against the forces of the USSR, Nazi Germany or its allies.

According to the law, Latvia "bears no legal responsibility for the actions of the occupation authorities during its occupation."