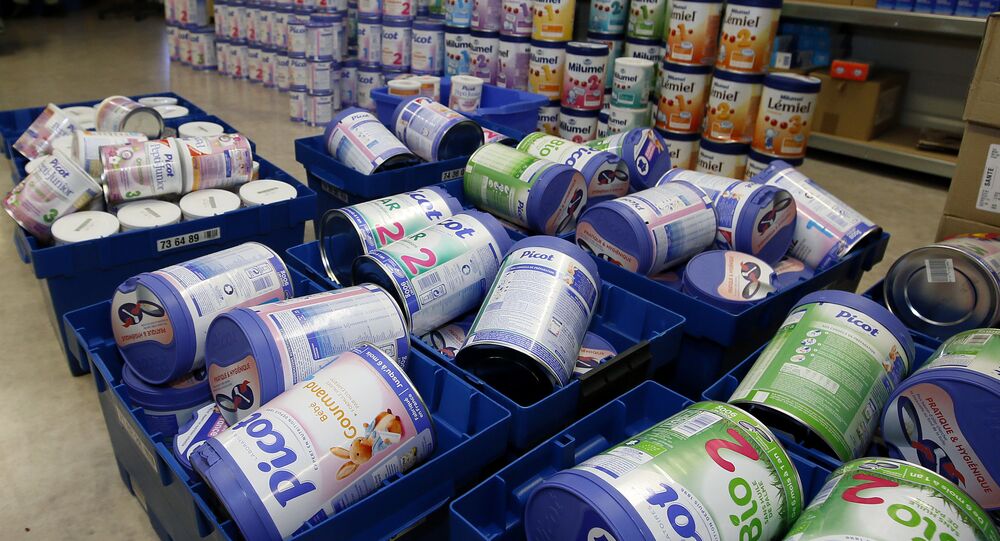 Lactalis, France's largest dairy producer, has withdrawn 720 baby food products from the shelves in France and a number of other countries, citing fears of Salmonella bacteria contamination.

Over the past two weeks, the company has already withdrawn 625 batches of products (almost 7 thousand tons) after two dozen infants were diagnosed with a Salmonella infection in France.

"It was decided to extend the withdrawal of all products for infants manufactured or packaged in our company in the Craon in western France from February 15, 2017," the statement said.

Lactalis, France's largest dairy producer, has withdrawn 720 baby food products from shelves in #France and a number of other countries, citing fears of #Salmonella bacteria contamination.

"We now know that there has been a low-level dispersed contamination within Craon factory, due to work during the first 2017 semester," the company said.

In early December, Rospotrebnadzor warned Russian consumers about the recall of Lactalis products.

Lactalis, founded in 1933, delivers its products to more than 100 countries and is the third largest producer of dairy products in the world.