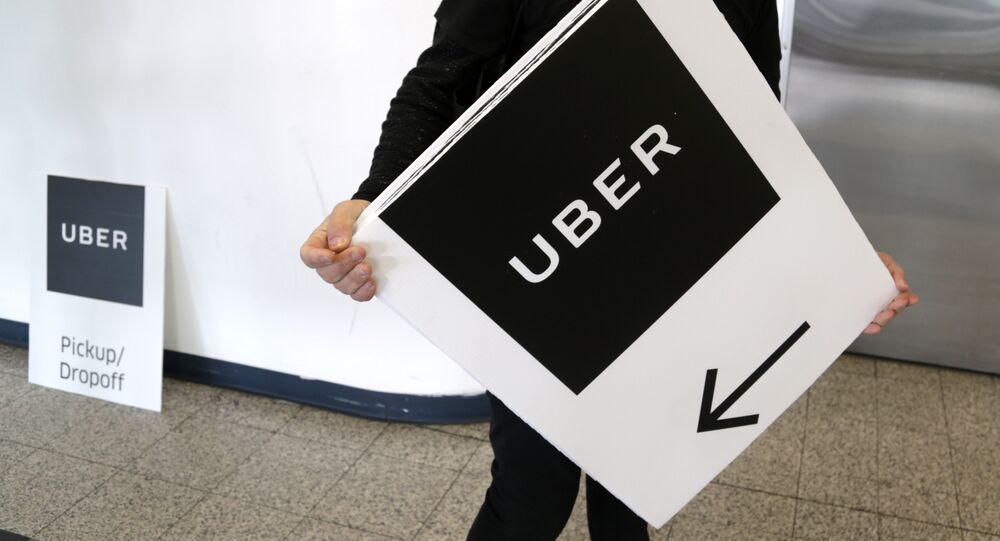 A major British union has welcomed the European Court of Justice’s December 20 judgement that declared ridesharing app Uber to be a transport company.

Dr. Jason Moyer-Lee, head of the The Independent Workers Union of Great Britain (IWGB), has said in a statement obtained by Sputnik that the European Union Court of Justice judgment on Uber made clear, as a matter of law, what "everyone already knew as a matter of common sense."

"Uber provides transportation services, not technology services.  This is one more nail in the coffin for Uber's argument it is simply an agent acting on behalf of drivers and therefore not liable to pay them minimum wage and holidays."

The ruling paves the way for greater regulation of the company by European Union member states and also obligates drivers to be paid a living wage.

© AP Photo / Frank Augstein
'Members Joining Like Crazy!' Uber's Loss Driving British Union Numbers
The IWGB has led several high-profile legal cases against Uber and other applications such as Deliveroo, CitySpring and Addison Lee in the UK to force them to treat their drivers as workers legally entitled to the minimum wage, sick and holiday pay.

Uber is currently fighting to have its license to operate in London restored while its right was not renewed by the city of York in the country's north, putting further pressure on the company.