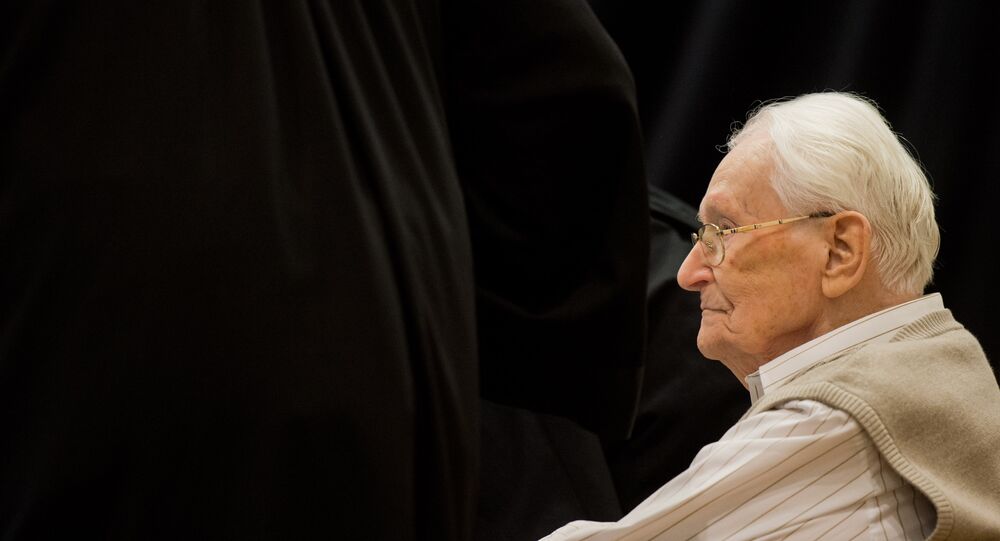 Oskar Gröning was sentenced to four years in jail in 2015 for being an accomplice to the murders of 300,000 prisoners of the Nazi concentration camp in Auschwitz.

A former Nazi SS guard dubbed the Bookkeeper of Auschwitz has filed an appeal against his four-year prison sentence, his lawyer said on Tuesday, arguing that imprisonment at such a high age would violate his client's basic rights, according to media reports.

Gröning's defenders appealed to Germany's Constitutional Court after a court ruled last month that the former Nazi officer's health condition was sufficient for him to endure the punishment.

"In terms of constitutional law, it should be examined if the health condition of Mr Gröning allows for his basic right to life and physical integrity to be guaranteed," his lawyer Hans Holtermann told the DPA news agency.

© Sputnik / Valeriy Melnikov
91-Year-Old Woman Charged With 260,000 Counts of Nazi War Crimes
Since the conviction, Gröning has been living at home as his lawyers were preparing an appeal against his imprisonment. The man argued he was unfit to serve the sentence.

Gröning was employed as an accountant at Auschwitz. He was responsible for collecting and counting the money taken from murdered prisoners, and sending it back to his Nazi chiefs in the German capital.

He also repeatedly fulfilled a routine duty of monitoring and processing detainees upon their arrival in the camp.

Defendant in Auschwitz Case to Face Charges in German Court