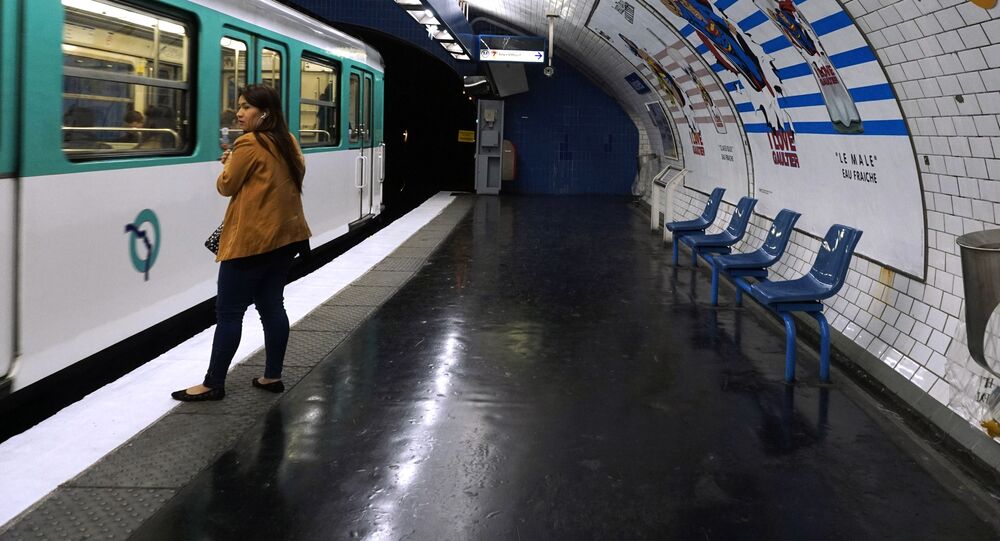 A wave of sexual harassment revelations has not left France untouched either. According to the latest study, French women are sexually abused or assaulted on public transport every day.

France’s official crime data agency ONDRP has conducted research, which eventually revealed that at least 267,000 people, mostly women, were the victims of sexual harassment while commuting on public transport over a two-year period. The enormous figure, calculated by the ONDRP, covers the years 2014 and 2015. The study was reportedly based on data received from France’s national statistics office Insee and the transport department of the Paris police headquarters.

"Nearly 160,000 people were subjected to unwanted gestures including forced kisses or stroking and more than 110,000 experienced someone exposing themselves," as cited by Le Figaro.

Earlier this year hundreds of women attended rallies across France protesting against sexual harassment after the Harvey Weinstein scandal. The French government proposed to introduce a law against harassment of women in the street, establish an age below which a child cannot consent to sexual intercourse, as well as extend the statute of limitations for rape against minors. Concerned citizens will be able to weigh in on the proposed law, which will be presented to Parliament in the first half of 2018, at public workshops across France.