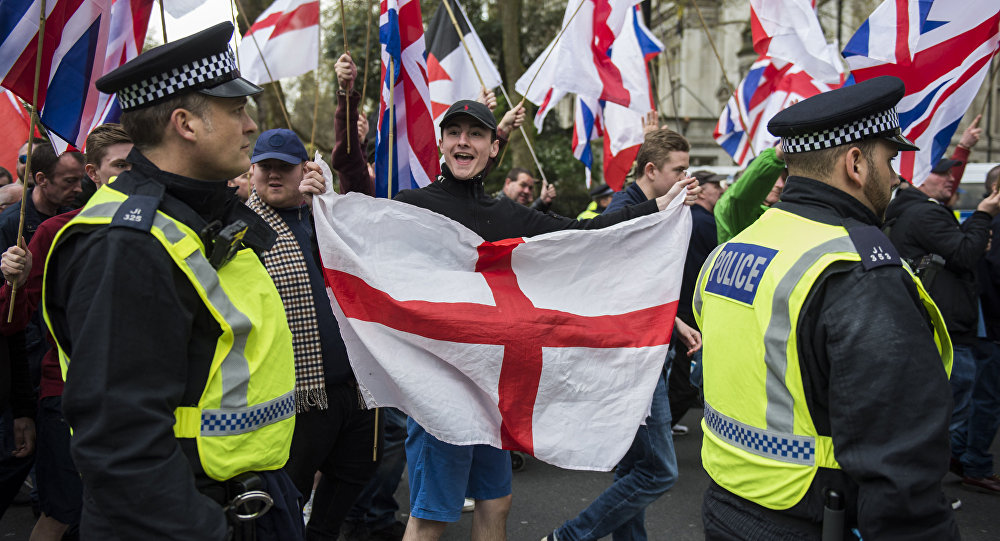 Not long after introducing a new policy to stamp out the activities of groups advocating violence against civilians on its network, Twitter has banned the deputy leader of a controversial British political organization.

The Twitter account of Jayda Fransen, deputy leader of far-right group Britain First, has been suspended by the social network — as has that of group head Paul Goulding.

Many on social media applauded the move, insisting President Donald Trump's account should also be terminated.

You took the words right out of my mouth. At the very least, they better suspend @FoxNews By the way, didn't Hitler always say "Germany First"? pic.twitter.com/2GcmpNSlVD

Ms. Fransen was catapulted to global notoriety when US President Donald Trump retweeted several of her online posts which were roundly condemned as Islamophobic.

Among the posts the President appeared to endorse was a video of a Muslim immigrant allegedly assaulting a disabled Dutch boy. The Netherlands government however, informed President Trump the video was fake.

President Trump hit-back on the online platform at British Prime Minister Theresa May for criticizing his actions.

Ms. Fransen is currently on bail for religiously motivated harassment in the UK and has previously been banned from using Twitter as part of her bail conditions.

Oh my God, Trump just tweeted a Britain First far-right, ultranationalist account of a “Muslim boy beats up Dutch boy on crutches.” This is insane demonization of religious minorities by the President of the United States. It’s un-American. pic.twitter.com/U1C0ETeh6b

​Ms. Fransen, who was arrested by Police Service of Northern Ireland (PSNI) detectives in London last month, said she'd been given bail conditions which included a ban on social media.

The court earlier heard the evidence against her would primarily be video footage, but there was also a transcript of the speech she made.

Police have asked for conditions on her bail because of fears Britain First is planning another rally in Belfast.

"We were concerned that there would be further offences," an officer told the court.