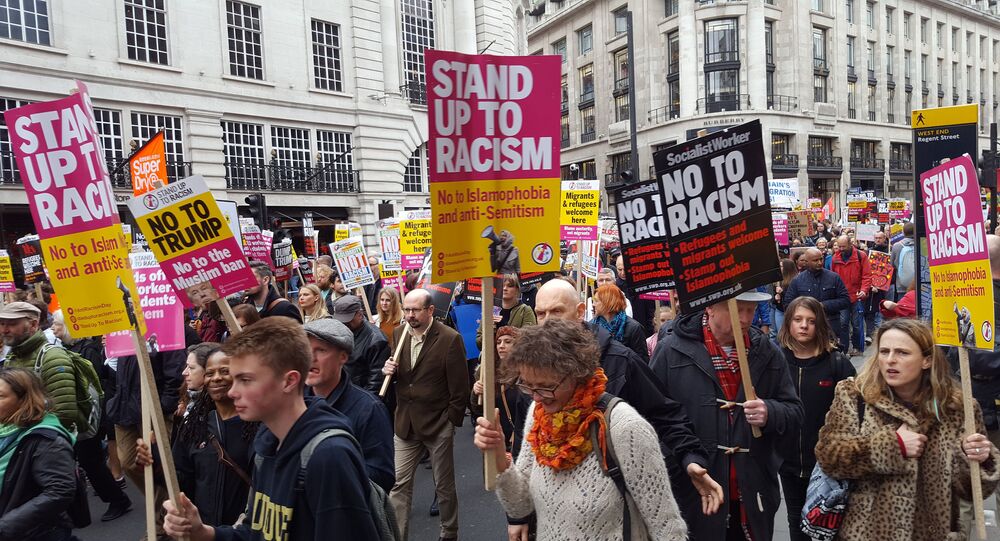 The fact that the 2013 murder of a disabled Iranian immigrant by a misguided vigilante has been described as a case of institutional racism by an independent review is “an essential first step towards systemic change,” the victim’s lawyer has said.

The findings of the “Safer Bristol Partnership” report into the murder of Bijan Ebrahimi reveal that the Avon and Somerset police and Bristol city council had wrongly branded Ebrahimi as a troublemaker instead of pointing a finger at his abusers.

© Sputnik / Kristin Dailey
Thousands of Protesters Marching Toward US Justice Department to Denounce Racism (PHOTO, VIDEO)
On a July 11, 2013, evening, 24-year-old Lee James was playing with his daughters while drinking  can of beer outside his home in southeast Bristol.

Bijan Ebrahimi, a disabled refugee from Iran, picked up his camera and began to film his neighbor drinking.

Thinking Ebrahimi was taking pictures of his daughters because he was sexually interested in them, James and another neighbor beat the man up, dousing him with alcohol and setting him ablaze.

Lee James has been jailed for life.

According to the review, Ebrahimi had been the victim of numerous racially motivated offences by his white neighbors, but his complaints to the police largely went unanswered.

“Acknowledging the institutional nature of the racism at the core of this tragedy is an essential first step towards systemic change,” Ebrahimi’s family lawyer said following the review’s publication on Monday.