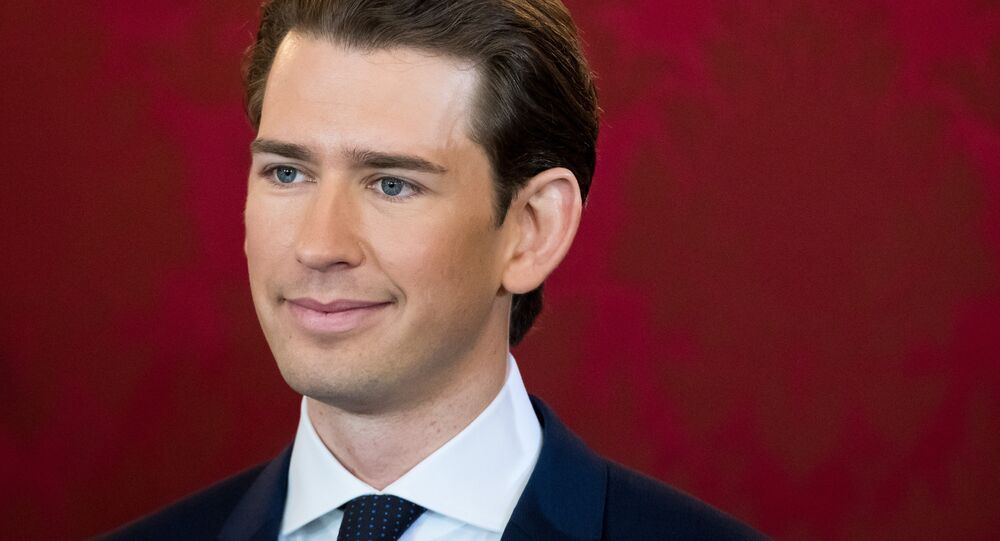 Austria's incoming chancellor, Sebastian Kurz, said Monday that he "is looking forward to further cooperation with the German government."

The politician stressed in an interview with the German Bild newspaper that he is "especially" interested in cooperating "with Chancellor Angela Merkel — above all in further deepening our excellent bilateral relationship and also within the European Union."

Kurz noted that Austria and Germany have a lot in common and thus are bound to be partners.

"Many personal, economic, political and cultural ties bind us to Germany," the 31-year-old politician said.

© Sputnik / Evegeni Bijatow
Austria's New Government: Kurz 'Was Forced to Make Too Many Concessions'
Sebastian Kurz's People's Party (OVP) reached a consensus with Heinz-Christian Strache's right-wing Freedom Party (FPO) on the formation of a coalition government on Saturday. The 31-year-old politician is being sworn in as chancellor on Monday.

Some politicians fear that the tough anti-migration position of Austria's new government might negatively affect Vienna's relations with Berlin.

For instance, Achim Post, the vice chairman of the SPD's parliamentary group, told Die Welt that the shift to the right would significantly affect the EU's refugee policy.

Others, however, including members of the CSU — the Bavarian branch of Merkel's conservative party — had a more positive attitude.

"With Sebastian Kurz Bavaria and Germany have one more ally in Europe," Alexander Dobrindt, the head of the CSU's parliamentary group in the German Bundestag, told the newspaper.