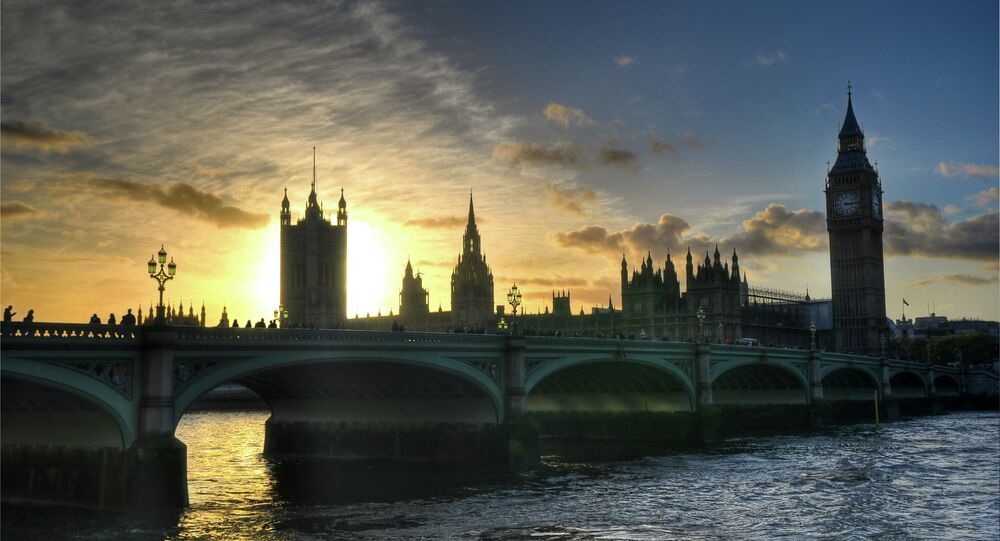 The party reached its decision not to proceed with the investigation without interviewing the victim and the key witness to the incident.

The Labor Party will not be looking into the allegations of sexual harassment mounted by a young female official, who claimed that an unidentified member of Parliament pestered her to "come back to [his] hotel" and tried to stop her from getting into a cab, The Telegraph reports.

The Labor Party's National Executive Committee (NEC) stated that the incident in question "does not meet the definition of sexual harassment as there is not sufficient prima facie evidence."

Speaking to The Telegraph, the victim, who wished to remain anonymous, claimed that the harassment occurred following a political event in 2005.

"I left to go home and he came down after me."

© CC0
Manager at UK Parliament Bar Claims She Was Pestered for Sex by 30 MPs
"I wasn't able to get into the taxi until the other MP came down and forcibly removed him from me. With his words 'come back to my hotel room,' it was very, very clear what was implied."

The victim, who made an official complaint this November, blasted the NEC's decision for failing to "explaining their decision properly" and making her feel like "a victim all over again."

The woman also pointed to the fact that "there is no right to appeal a decision that is ambiguous," based on "legal jargon that means nothing" and was made without interviewing the key witness.

"The other MP would remember the incident better than I do because I was in shock, but he wasn't asked to give a statement and they didn't even contact him," the victim said.

The MP, who helped the woman to get into the taxi, was reportedly "baffled" by the fact that the NEC did not contact him after an official complaint was made.

Ridiculous that it falls to a party to decide whether or not to investigate sexual harassment allegations. Independent process needs to be set up straightaway. https://t.co/b56hxhjGre

Westminster has been plagued by sexual harassment revelations since the secretary of defense, a senior member of the ruling Conservative Party,Michael Fallon, had to step down after journalist Julia Hartley-Brewer claimed that he inappropriately touched her during a dinner in 2002.

In response to the incidents involving his fellow party members, the leader of the Labor Party, Jeremy Corbyn, reaffirmed his commitment to combating sexual harassment and pestering.

"There will be no tolerance in the Labour Party for sexism, harassment or abuse."

"Whatever it takes, we are absolutely committed to rooting it out."