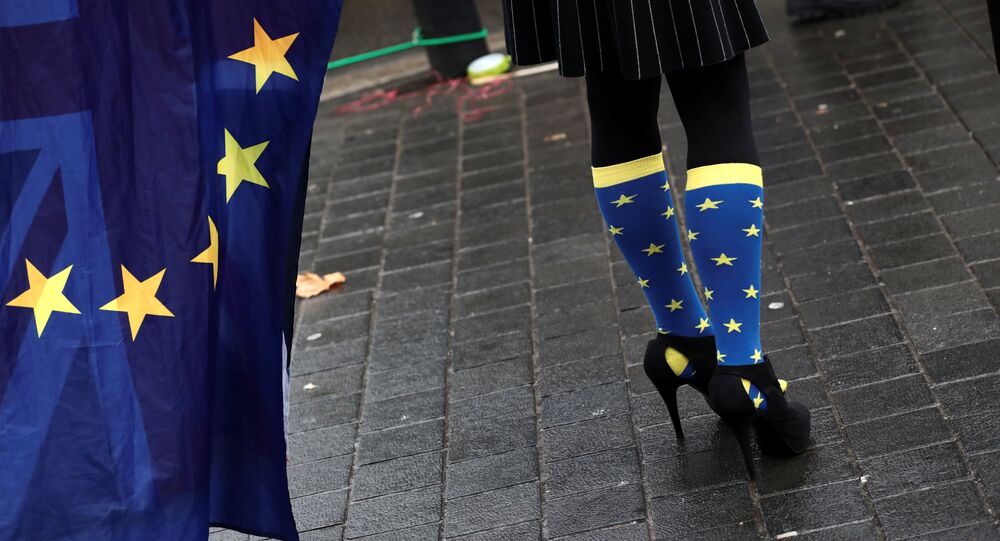 Gap Between Supporters, Opponents of Brexit Reaches 10% in UK

The UK citizens are less optimistic about Brexit, with the gap between the supporters and opponents of the country's withdrawal from the European Union reaching 10 percent, a fresh poll showed on Sunday.

MOSCOW (Sputnik) — According to a poll by BMG Research for the Independent newspaper, 41 percent of the UK citizens support Brexit, while 51 percent believe that the country should remain in the bloc.

The newspaper noted that the gap might be related to recent statements by prominent politicians and experts, such as Michael Heseltine, Peter Mandelson, Gina Miller and some others calling for a reconsideration of a "divorce."

The former UK prime minister Tony Blair During an interview with the Guardian, Blair described Brexit as "an extraordinary thing to do" and "a decision to relegate ourselves as a country."

"And if you think it's the most important decision this country has taken in living memory, then even if you think there's only a small chance of it being changed, if you think that's the right thing to do, you should be up arguing for it," he said.

© REUTERS / Clodagh Kilcoyne
Brussels Chides Brexit Secretary for 'Unacceptable' Remarks, Gets Reassurances
Brexit negotiations between the United Kingdom and the European Union started on June 19, and are due to be completed by the end of March 2019.

On Friday, the EU leaders had agreed to move on to the second phase of Brexit talks with the United Kingdom. The second phase is expected to focus on the transition period in EU-UK relations after Brexit, and their future long-term trade and security cooperation. The first phase of talks focused on the protection of the rights of EU citizens in the United Kingdom and UK citizens in the bloc, the UK-Irish border and London's financial obligations to Brussels after Brexit.

According to European Council President Donald Tusk, the second stage of the Brexit talks would require much more efforts then the previous one.

What Else is UK Brexit Department Hiding From Brits After FOI Requests Ignored?