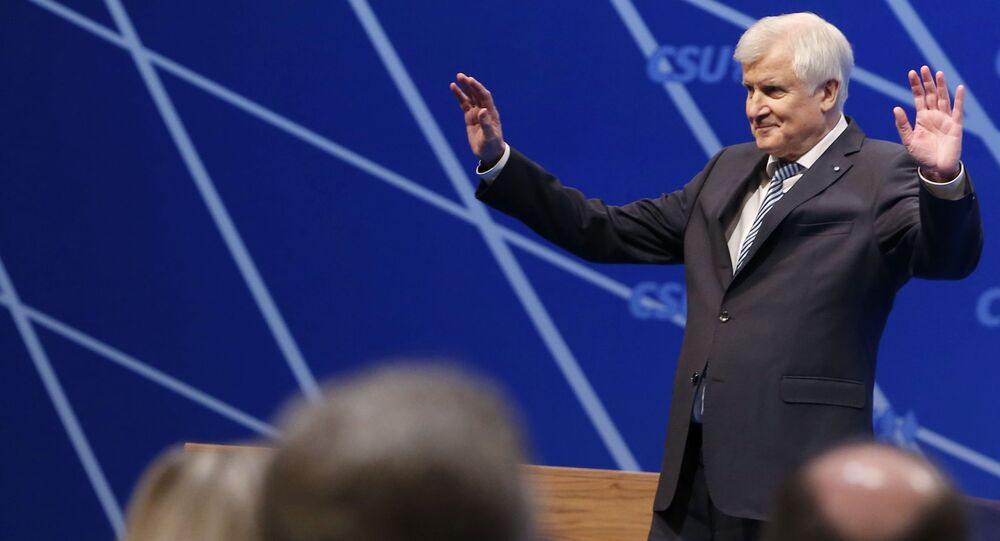 German Chancellor Merkel received a boost when one of her key political allies retained his position as chairman of the CSU, despite pressure over the refugee situation in the country.

MOSCOW (Sputnik) – Horst Seehofer has been reelected for the position of chairman of the Bavarian Christian Social Union (CSU), the sister-party of German Chancellor Angela Merkel's Christian Democratic Union, the CSU said Saturday.

"We congratulate Horst Seehofer on re-election for the position of CSU's chairman," CSU said on Twitter.

The politician received 83.7 percent of the delegates' votes.

Seehofer, 68, has been under pressure within the party over the loss of votes at the parliamentary election in September. The politician was particularly criticized over the fact that the provision on setting the threshold for the number of refugees arriving in Germany was not included in the party program of the CDU/CSU alliance ahead of the election.

Earlier in December, the politician agreed to step down as Bavaria's prime minister and hand over the office to his old rival Bavaria's Finance Minister Markus Soeder in 2018 but said he wanted to remain in the position of CSU chairman.

In the parliamentary election, the CDU/CSU bloc has won 33 percent of the votes, or 246 seats in the parliament, but failed to secure an absolute majority. The result has been reportedly acknowledged as the bloc's worst since the mid 20the century.