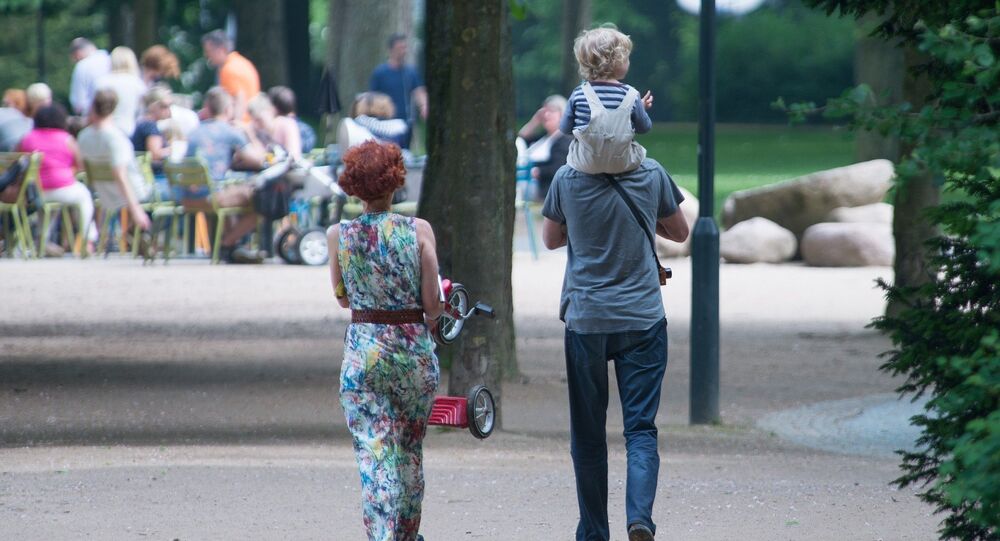 As Finland's birthrates were reported to be on their way to reaching their nadir since a deadly mid-19th century famine, a survey found out that young Finns are increasingly avoiding becoming parents in order to retain what they perceive as freedom.

In recent decades, the average age of first-time Finnish mothers has risen dramatically, a Family Barometer study carried out by the Family Federation of Finland in order to identify the reasons behind the prospering nation's astonishing 'baby blues' has established.

© CC0
Is Sweden Ready to Go Chinese on Family Planning?
In earlier editions of the Family Barometer, most women cited the lack of a suitable partner as their reason for not having children. Now, an increasing percentage of women said they're deliberately abstaining from having children, because they don't want to lose their freedoms. Many insisted they would have to give up traveling, hobbies and spending time with friends once they give birth to a child.

Furthermore, many childless adults interviewed about their perception of family life in the Family Barometer, connected family life with owning a car, a house and having a steady well-paid job. By their own admission, they were hesitant to start a family too early in their lives.

Family Federation researcher Anna Rotkirch ventured that it was not at all surprising that many childless people regard parenthood as a crushing burden of stress and fatigue, citing the prevalence of people in their thirties and forties who work hard and a lot, which she called a "recipe for problems."

"In the barometer, women wondered how much time they'd be able to take off work, while men said they reckoned that they would not be able to work as much overtime once they became fathers," Rotkirch told Yle.

Despite the obvious trend of delaying parenthood, it is still uncommon for Finnish women to say they don't want to have children at all, contrary to the Family Federation's previous suggestion that a childless lifestyle may in the future become the norm in Finnish society.

© CC BY 2.0 / Ragnar Jensen / Fredrik Reinfeldt
'Life's Best Investment': Former Swedish PM Likens Immigration to Having Babies
However, Anna Rotkirch argued that people may ultimately end up childless, if they keep procrastinating for too long, pointing out the fact that the fertility of women begins to decline at around the age of 25. Incidentally, one half of male respondents exhibited an alarming lack of biological knowledge by saying they did not know the effect of age on female fertility.

As a consequence of delayed maternity, the time between the births of each successive child has become shorter, resulting in a smaller age differences between siblings than in previous generations. Rotkirch advised young people in Finland to change their outlook on parenthood and consider having just one child at a time rather than bracing themselves for a birthing spree.

The number of children born in Finland has consequently fallen for the past six years, reaching its lowest level in nearly 150 years. Earlier this autumn, Statistics Finland warned that the number of births could this year fall short of the 50,000 mark for the first time since the great famine of 1866-1868. At that time, Finland had a population of only 2 million, as opposed to today's 5.5 million.