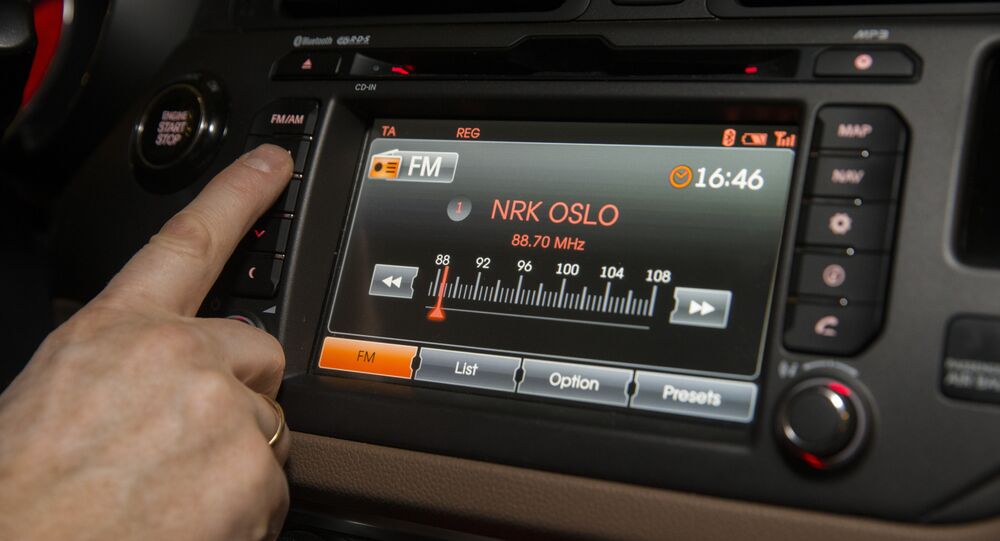 Hailed as progressive and condemned as extravagant, Norway has become the world's first nation to abandon nationwide FM broadcasting. Most local radio broadcasters there, however, continue to use FM.

On Wednesday at 11:11, Norway's nationwide radio channels, including NRK, Radio Norway and P4, stopped broadcasting using FM frequencies in the country's northernmost areas, such as Troms, Finnmark and Svalbard, completing a process which began in January. Norway has opted to use the digital DAB standard instead.

While welcomed by the authorities as a technological leap forward, this step triggered reproach from the Norwegian Local Broadcasters' Union and the discontent of ordinary Norwegians, less than a third of whom appear to be pleased with the innovation.

© Photo : Pixabay
Norwegians Wrangle As Gov't Pulls Plug on FM Radio
According to a recent survey conducted by the pollster Ipsos for the Dagbladet daily, only 31 percent of Norwegians were satisfied with the FM switch-off, while 56 percent gave the changeover to DAB the thumbs down. Another 12 percent have not yet made up their mind.

While this could be considered a vote-of-no-confidence for the Norwegian broadcasters, these figures still show a minute improvement compared with a previous poll conducted this summer, when 60 percent voiced dissatisfaction, and only 24 percent were for the move.

"Many believed that the dissatisfied would become more pleased once they start working properly with DAB. What these figures show, however, is that still a very low proportion is satisfied with the restructuring," Torgeir Waterhouse, the director for internet and new media at ICT Norway, told Dagbladet.

Recent figures from the market research firm Kantar Media indicated that the proportion of daily radio listeners has fallen by 10 percent over the past year. National broadcaster NRK has lost one fifth of its listeners.

"This is a major change, and we must give listeners some time to switch to digital radio," Ole Jørgen Torvmark, Director General of Digital Radio Norway said in a press release. "Many areas were digitalized before the last FM shutdown took place, but not all. After each shutdown, we see the listening figures dip at first, only to increase again," he added.

© CC0
Money, Money, Money: Sweden to Become World's First Cashless Society by 2023
Robert Næss of Nordea Investment Management previously estimated the overall cost of the DAB switch for users at a staggering NOK 23 billion ($2.8 billion), given the number of cars and homes that needed to be equipped with digital receivers.

At present, there are 31 national radio stations available on DAB in Norway. Most local radios, however, continue to broadcast using FM. The authorities claimed the transition allowed for better sound quality and more channels and functions at an eighth of the cost of FM radio.

Radio owner Jan Johnsen, who owns and operates a number of local radio stations in northernmost Norway, all on FM, said he expected a significant growth now that his channels are close to obtaining an FM monopoly, the Norwegian Local Broadcasters' Union reported.