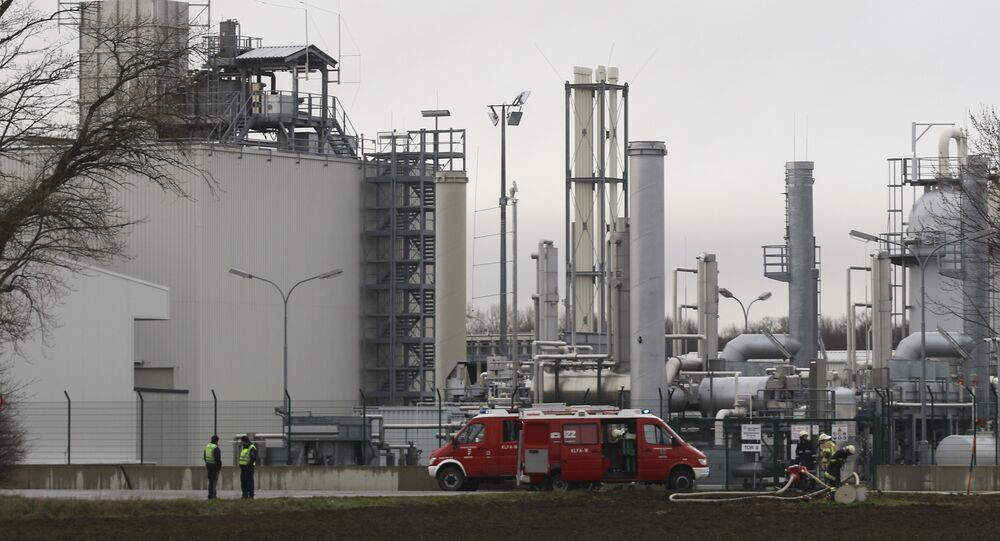 Transit of Russian Gas via Baumgarten Hub in Austria Restored

On Tuesday morning, an explosion in the OMV gas hub in Baumgarten caused an interruption of gas supplies to Italy, Slovenia and Hungary. One person was killed, and more than 20 were injured.

MOSCOW (Sputnik) – Gas transit through the Baumgarten hub in Austria has been restored; the explosion was probably caused by a technical failure, Harald Stindl, director of the Gas Connect Austria operator, said Wednesday.

"I can report that yesterday we managed to restore all the transit lines until midnight, they all operate 100 percent," Stindl told ORF radio.

According to the company, "the exact cause of the explosion is not yet established, but all the circumstances indicate to a technical malfunction." "Authorized experts of Gas Connect Austria are intensively working to find out the reasons," the press service noted. At the same time, the Austrian gas supply was not endangered.

"The Baumgarten explosion basically obstructs the main entry point for Russian gas, which makes up a third of Europes’s overall supplies."https://t.co/Caur3Y8oxZ pic.twitter.com/uzDJIeD7B3

​A powerful explosion at a gas distribution station belonging to the Austrian oil and gas company OMV occurred on December 12. The incident affected the largest Austrian gas terminal, which is engaged in the distribution of Russian gas in Europe. The operator of the Gas Connect Austria terminal manually disconnected the gas pipeline.