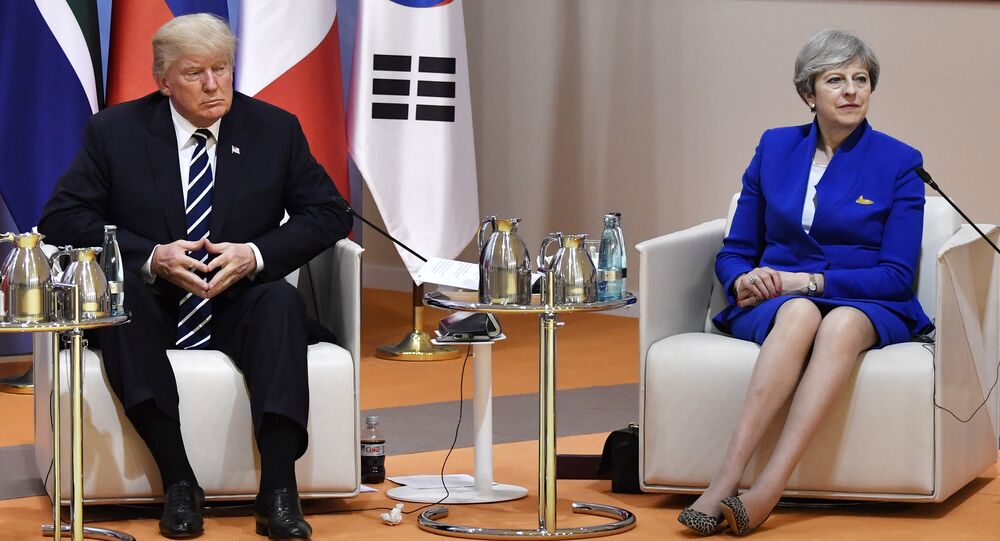 The American Ambassador to Britain confirmed December 12 that US president Donald Trump is expected to make his much anticipated visit to the United Kingdom in early 2018. The planned stay in February would make the US president far from the first highly controversial global leader to receive a frosty welcome from the British public.

The state visit, which was to include the US president being hosted by Queen Elizabeth at one of her private residences, was downgraded to a "working visit" when senior politicians argued that hosting Mr. Trump would cause embarrassment to the monarch and the royal family.

READ MORE: No Trumpets Out for US President as Low Key Britain Visit Planned Instead

President Trump's impending visit has caused huge controversy within the UK with popular anger at the president's re-posting the tweets of a far-right British anti-Muslim group re-ignited calls for the visit to be canceled altogether.

British Prime Minister Theresa May was the first world leader to visit the White House after Mr. Trump's victory, but if the 2018 visit goes ahead, it will have been nearly a year before it was reciprocated.

The visit, should it go ahead, would be far from the first time that a deeply unpopular foreign leader has paid an uncomfortable visit to the Sceptered Isle.

One of the Queen's earliest visitors in her reign was the last Shah of Iran, Mohammad Reza Pahlavi who ruled his country from 1941 until he was overthrown by the Islamic Revolution in 1979.

© AP Photo
The Shah of Iran, Mohammad Reza Pahlavi, gestures during a press conference at the Trianon in Versailles, near Paris, France on June 27, 1974.

Just six years before his visit, Pahlavi had been reinstalled on his thrown in 1953 in a coup orchestrated by the US and Britain against Prime Minister Mohammad Mossadegh who had attempted to nationalize the country's oil industry.

In addition to his already widespread reputation for employing torture against his political enemies, the Shah annoyed many Britons during his later visits to the country, calling them a "permissive society" that did not work enough and that he was doing them a favor by keeping the price of oil high after the 1973/4 oil shock.

Perhaps one of the most surreal state visits of the twentieth century was the hosting by the Queen of Emperor Hirohito of Japan in 1971. Less than 30 years had passed since the two were among the foremost Imperial powers of the world, fighting for supremacy in the Far East.

Japan, by the 70s the West's leading economic and political ally in Asia, seized Singapore — the most strategic possession east of the Suez Canal — contributing significantly to Britain's post-war imperial decline. The loss was described by Churchill as the worst military disaster in British history.

The last American President to inspire such heated opposition in Britain was George W. Bush, who visited the UK in late 2003, the same year Britain in alliance with the US and against much global opposition invaded and occupied Iraq.

Some of the largest protests in the world against the war occurred in London. Families of British soldiers killed in Iraq were among the loudest voices protesting the stay.

More recently, the visit of the ruler of Bahrain in 2016 provoked widespread anger an protest over his country's human rights record, particularly as the country was involved in cracking down on a domestic uprising.

Both Human Rights Watch and Amnesty International condemned the invitation and the visit as well as the links between the two governments over arms sales, with Britain having sold millions of pounds worth of ammunition, small arms and riot control equipment to the Kingdom since the uprising began in 2011.