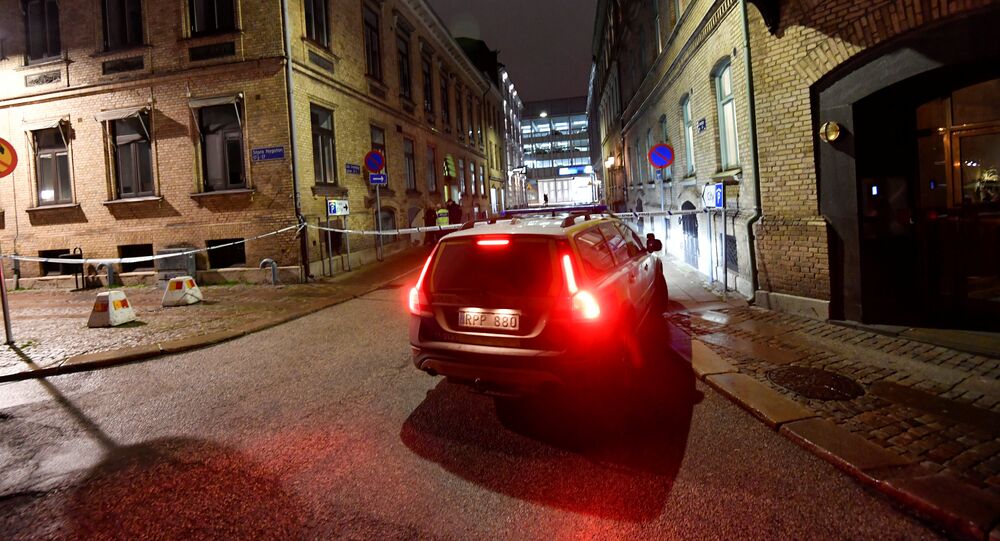 Unrest over Donald Trump's decision to acknowledge Jerusalem as the capital of Israel has spread to Sweden, triggering the rise of militant anti-Semitism. Hardly had immigrants in Malmö proclaimed their own intifada pledging to "shoot Jews" when firebombing synagogues and Jewish chapels in Sweden's largest cities ensued.

During Friday's demonstration in Malmö, which gathered several hundred people, insults were shouted against both Arab leaders and Jews.

"We have announced our own intifada from Malmö. We want our freedom back and we will shoot the Jews," the protesters chanted according to Swedish Radio. Furthermore, the protesters reminded the Jews that "Muhammad's army" will return.

By contrast, the Arab leaders in the Middle East were called "dirt" and "cowards" because they allegedly do not dare to take a hardline stance against Israel.

© AFP 2020 / Hakon Mosvold Larsen / NTB SCANPIX
Norwegian Jews Signal Fiercer Anti-Semitism From Growing Muslim Diaspora
Neither the authorities nor the journalists were able to locate the organizers of what was called a "spontaneous manifestation" reported for hate speech.

Shortly after the anti-Semitic rally in Malmö, a synagogue in Gothenburg, Sweden's second-largest city, was firebombed following a public outcry against the US President's decision, involving hundreds of protesters. Allan Stutzinsky, the president of the Jewish Assembly of Sweden, who happened to be at the site during the incident, claimed that a dozen pro-Palestinian supporters were involved in the attack.

​In light of the anti-Semitic demonstration in Malmö and the Gothenburg attack, extensive security measures have been taken to protect synagogues across Sweden. Furthermore, Jews in fellow Nordic countries have expressed their concern and unease over the recent events in Sweden.

However, the measures taken have proven to be insufficient, as another firebomb attack against a Jewish chapel, this time in Malmö, ensued. According to the Malmö police, two bottles with a flammable fluid were hurled at a chapel located at a Jewish cemetery.

​Justice Minister Morgan Johansson condemned the attack as an "abominable crime" sounding the alarm of the Nazi persecution of Jews in the 1930s and 1940s. At the same time, Johansson admitted that the authorities have been aware of the existing threats and said he wanted to have more legal recourse for wiretapping suspected individuals, the national broadcaster SVT reported.

"When different situations happen in Israel-Palestine, it usually affects Malmö, too," Freddy Gellberg, president of the Jewish Assembly in Malmö, previously explained, pointing out that many living in Malmö come from the Middle East and are emotionally engaged in the matter.

© AP Photo / Bjorn Larsson Rosvall
Swedish Synagogue Firebombed After Anti-Israeli Protests
"We want to show sympathy and solidarity with the Jews in Malmö and condemn all forms of racism and anti-Semitism in society," Ala Eddin al-Qut, the director of the Malmö Muslim study federation Ibn Rushd told SVT.

Malmö, Sweden's third-largest city, is often touted as the nation's most multicultural one, where 174 countries and about 150 languages are represented. Over a half of its population of 320,000 are of foreign descent. The Middle East, the Horn of Africa and former Yugoslavia (including Muslims from Bosnia and Herzegovina) are the main sources of immigration.

In Sweden, which currently has the EU's seventh largest Jewish diaspora, a rise in anti-Semitism has been reported amid snowballing Muslim immigration. Members of the Jewish community in Malmö, including rabbis and spiritual leaders, have experienced violence and threats.

Jews have been fleeing Malmö for years; Jewish individuals are regularly attacked and harassed and both the synagogue and the Jewish burial chapel have been attacked numerous times https://t.co/iy40JmqJHk https://t.co/WqM2nLdDHV

​In August, an imam called Jews "offsprings of apes and pigs" during a demonstration held in Helsingborg, Skåne County after clashes between Palestinians and Israeli police in Jerusalem.