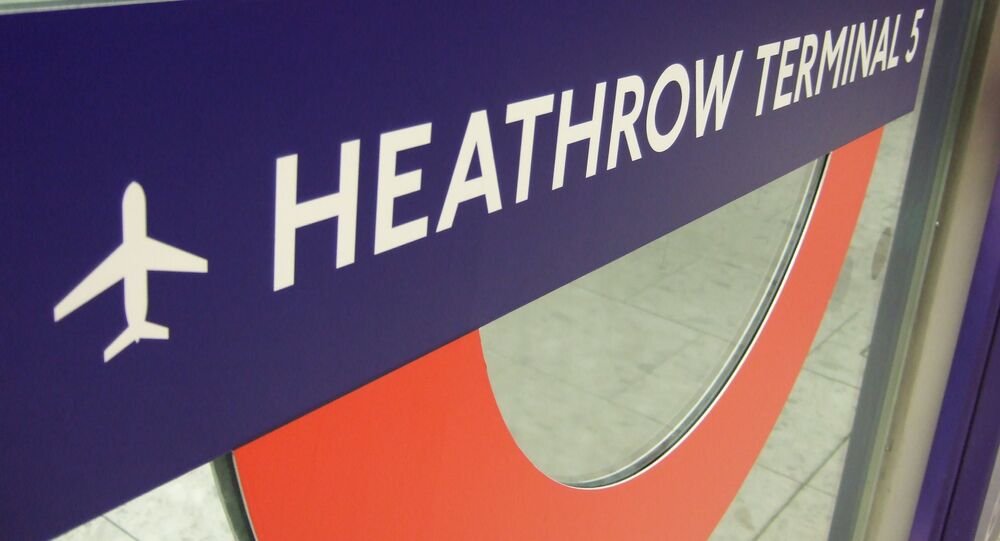 The Independent reported that at least 50,000 passengers were forced to wait for the recovery of international air traffic departures as well as inbound flights. According to media reports, nearly 20,000 other travelers will have to stay in European airports.

The airport’s press service confirmed that hundreds of flights had been delayed or canceled at UK's Heathrow Airport due to heavy snowfall.

Some of the stranded passengers, however claimed on Twitter that there was not enough snow to create such a large-scale flight disruption.

All flight cancelled at Heathrow because of the snow. I'm here and I can tell you there's not any snow!

Media reports suggested that the problem was due to a fast growing queue of planes waiting to be de-iced. Heavy snowfall foiling flight schedules at one of the busiest air hubs in Europe came after torrential icy precipitation hit the outskirts of Heathrow on Sunday, forcing ground services to deal with planes affected by the rain first. But as weather conditions worsened, anti-freezing procedures had to be repeated, delaying flights that landed after the snowfall.

Snow at UK Airports is causing disruption to flight schedules. Please the status of your flight with your airline in advance of travel. pic.twitter.com/4BMMH9xMM3

"Heathrow Airport remains open. However, we regret that weather conditions across the UK are resulting in some passengers experiencing disruption to their travel arrangements. Airlines are responsible for ensuring their flights are fully de-iced before they are operated, and this is resulting in some delays and cancellations," the Sunday statement of Heathrow Airport's press service said.

Heathrow administration suggested that passengers check the status of their flights prior to traveling to the airport.

The deepest snow (12 inches) was registered in the village of Sennybridge, Wales. Media reports say that hundreds of UK schools will be closed on Monday.

According to the BBC, the heavy snowfall also resulted in power cuts as well as a disruption of rail and road travel across the nation.