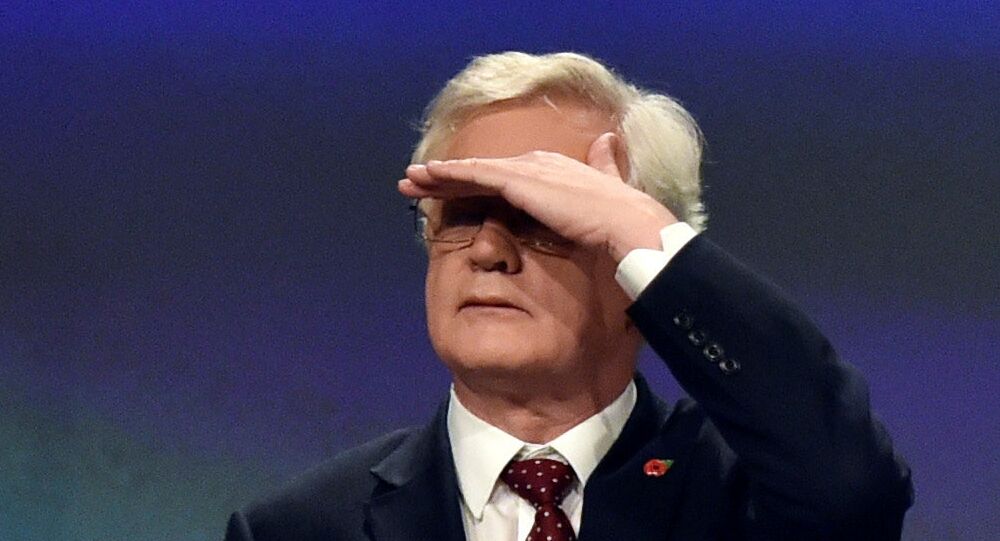 London is taking steps to reach trade agreements with non-EU states, as the current trade with them is carried out under the EU regulations.

Britain wants an over-arching trade agreement with the EU after UK's exit from the bloc, according to Brexit Minister David Davis.

He said that the Brexit deal with Brussels this week is conditional on getting a transitional and trade agreement, adding that London may pay into the EU for many years, but only small amounts after the UK leaves the bloc.

UK's Brexit Minister Davis has stated that fears concerning no deal with the EU on Britain's exit from the bloc have dropped dramatically.

According to the EU-UK agreement published on Friday following the first technical phase of the Brexit talks, the United Kingdom will fulfill its financial obligations to the EU budget as well as on a number of EU programs until 2020, which was called a "breakthrough" by European Commission President Jean-Claude Juncker, who said that Brussels is ready for the second phase of Brexit negotiations.

© REUTERS / Francois Lenoir
'Lopsided Deal': Non-EU Members Distressed Over Special UK Brexit Arrangement
UK Prime Minister Theresa May has earlier stated that it was necessary to prepare the agreement on the UK withdrawal from the European Union by October 2018 despite the formal deadline for the Brexit talks' end scheduled for March 2019.

Previously, the European Commission's chief Brexit negotiator Michel Barnier said that the future EU-UK trade deal after the United Kingdom exits from the bloc is likely to be of the same model as the European Union’s trade deal with Canada.

According to Labour Party's Brexit policy chief Keir Sharmer, his party supports keeping the closest possible trade relations with the EU after Brexit amid talks with Brussels.

"The way we've put it is that we would start with viable options, staying in a customs union and a single market variant which means full participation in the single market," he told BBC's Andrew Marr show.

Brexit negotiations between the United Kingdom and the European Union officially kicked off on June 19, and are due to be completed by the end of March 2019. London is taking steps to reach trade agreements with non-EU states, as the current trade with them is carried out under the EU regulations.