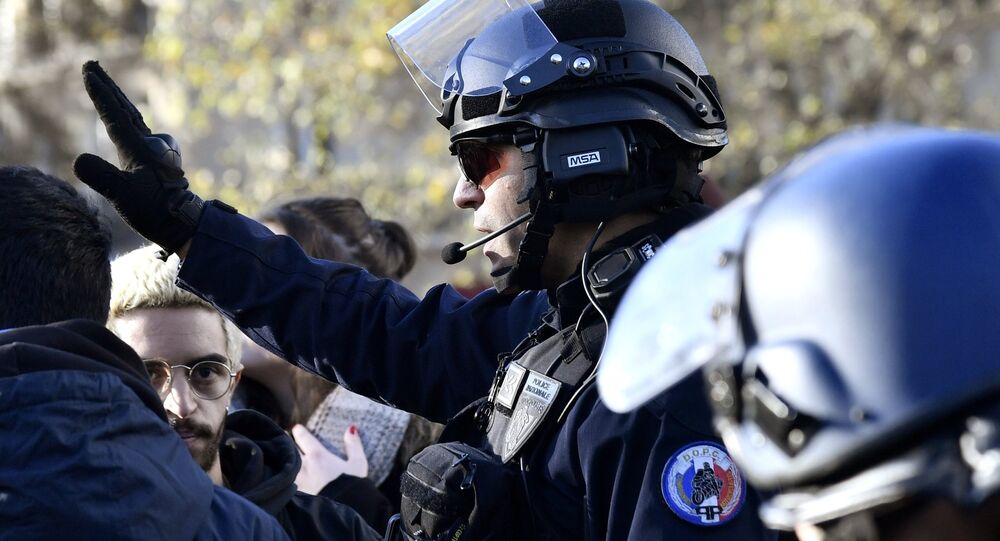 Netanyahu is set to visit Paris and meet French President Emmanuel Macron on Saturday amid a global uproar after US President Donald Trump's decision to recognize Jerusalem as the Israeli capital.

Hundreds of people have taken to the streets in Paris in support of the Palestinians ahead of the upcoming arrival of Israeli Prime Minister Benjamin Netanyahu for a “working lunch” with French President Emmanuel Macron.

The cutest activist today. We raise our children on the love of #Palestine.
From #Paris, #HandsOffJerusalem 🇵🇸 pic.twitter.com/iZyDcYZk8c

Posters depicting Benjamin Netanyahu as a "war criminal" and photographs of French President Emmanuel Macron marked "accomplice" have also been seen at the protest.

French Foreign Minister Jean-Yves Le Drian told BFMTV that the US initiative "is at odds with international law."

The international community does not recognize the Israeli annexation of East Jerusalem and believes its status should be determined by a pact with the Palestinians, who seek to create their own state with the capital in Jerusalem.