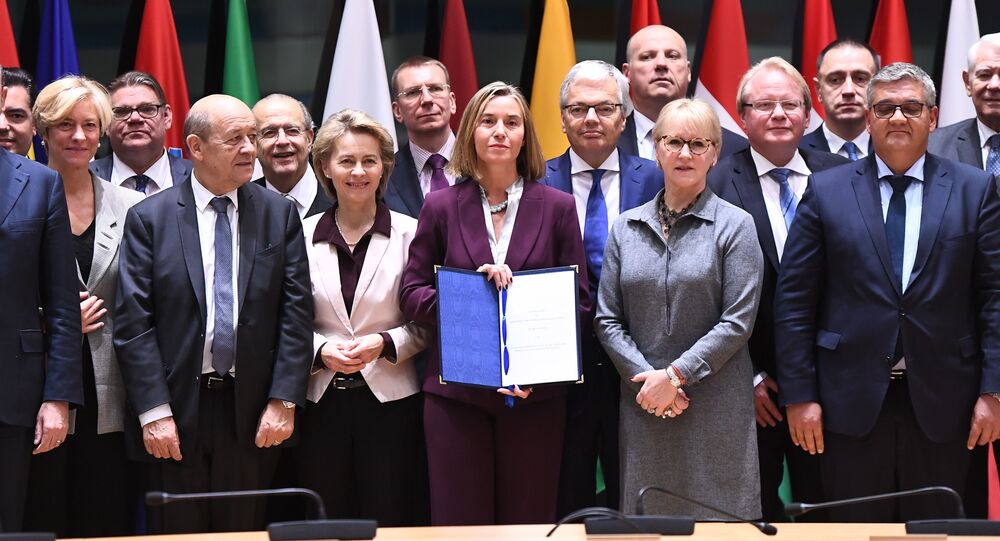 The idea of a United States of Europe floated by the leader of Germany’s Social-Democratic party Martin Schulz is hardly feasible in a Europe divided by the conflicting interests of its member-states, Jochen Staadt, the head of the Free University in Berlin's research team on the German Democratic Republic, has told Radio Sputnik.

Sputnik: Mr. Schulz stressed the necessity of the creation of a new constitutional treaty in Europe. How, in your opinion, can it be achieved?

Jochen Staadt: The idea of a United States of Europe is very old, it came up after the Second World War when younger people in Germany who wanted to escape responsibility for the past took up the idea to have a new future, but it was always a very idealistic concept. There are differences coming up between the countries in Europe. There are different movements that reject the existing European Union. You have to convince the societies in all European states to take part in this process and I don’t see how you will achieve this in the next 10 or 15 years.

Sputnik: How would you assess the current state of affairs in the European Union?

© Photo : Pixabay
Schulz' United States of Europe Condemned, but Could Impend Due to Brexit
Jochen Staadt: We have a lot of problems in the European Union; there are movements on the left and on the right which reject EU development.  […] There are parts of Europe which want to be independent from the existing [EU] structure.

Sputnik: Do you share experts’ opinions that without reforms the EU will not live until 2030?

Jochen Staadt: The EU is now being criticized for its many bureaucratic regulations which [do not reflect the interests] of countries which have to go by these rules. Now we have a conflict between the former Eastern bloc countries which are opposed to Brussels’ order to accommodate [incoming refugees]. We also have financial problems between some southern countries and northern countries and if the EU does not reform itself we will come to the point where it’s no longer manageable in its current state.