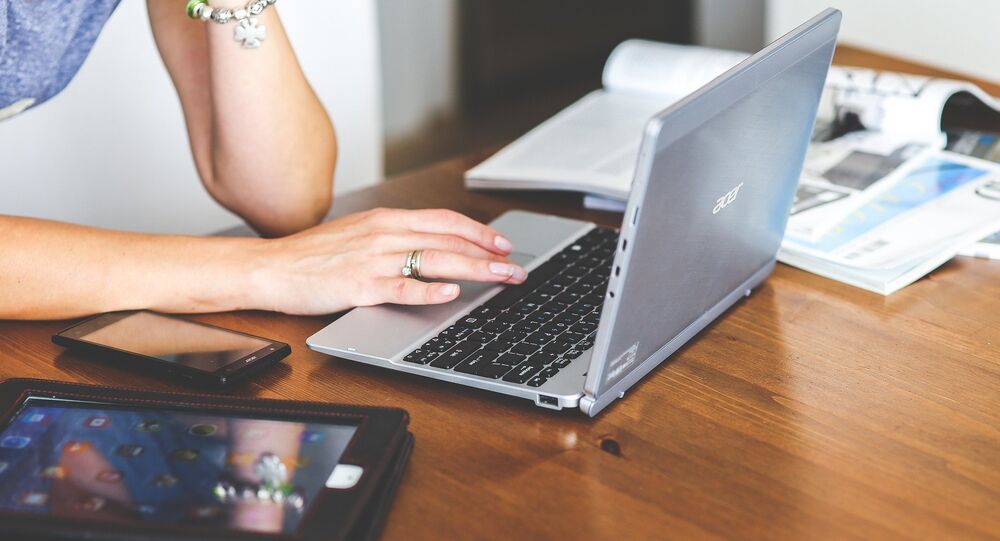 In Lyngby court, Denmark, a woman has been charged with ordering an assassination via Darknet. The prosecution claims the lady used the digital currency bitcoin to pay off the killer.

The 58-year-old Italian woman, who allegedly ordered a homicide online and paid for it with bitcoins, was charged with attempted murder and could face anywhere between five years and the rest of her life behind bars. At the same time, the Prosecutor's Office requires that the woman be sent to Italy, Danish Radio reported.

According to the prosecution, the lady ordered the homicide from her address in Denmark, availing herself of a hidden network called Crime Bay, to which she uploaded the name and the place of residence of her victim, with a photograph attached. She specifically insisted that a silencer be used in the killing, stressing that it was imperative that the victim, a man, was killed in the first attempt.

© CC0
Denmark's First Terrorist Girl Gets Slapped With 8-Year Sentence
However, the assassination never happened — in which the accused had no influence according to the prosecution. Today, six witnesses will be summoned for interrogation, followed by another witnesses on December 13.

The women plead not guilty, according to her defender Mie Sønder Koch.

According to Niels Denny Sørensen, deputy police inspector of the National Cyber Crime Center, it is largely uncommon for crimes plotted on the dark web to emerge to the light. According to Sørensen, it is a unique case in Denmark.

Darknet is accessed only with specific software, configurations and authorization and utilizes non-standard communications protocols and ports. It is widely utilized for peddling illegal goods and spreading prohibited materials, such as child pornography, and requires passwords and special knowledge for access. Visiting the dark web is not illegal per se.

"You need to have a specific browser for your computer to get in there, and then you also need to know a little about how to get around," Sørensen said.

© CC0 / Pixabay
‘As Young as Possible’: Norwegians Order Child Sex Abuse On Demand From Philippines
By Sørensen's own admission, the majority of crimes performed over the Darknet involve theft, economic crime, drug trafficking and the arms trade. A young man from Funen was recently sentenced to two years in prison for purchasing a machine gun and ammunition over the Darknet. The procurement was revealed by a foreign intelligence service.

According to Sørensen, the police are dependent on international collaboration, as well as tips from citizens when resolving Darknet crimes.

"This kind of crime does not take national borders into account. It can go a long way" Sørensen said. "There are many options for how to cover your tracks, so a lot of effort is actually needed," he explained.