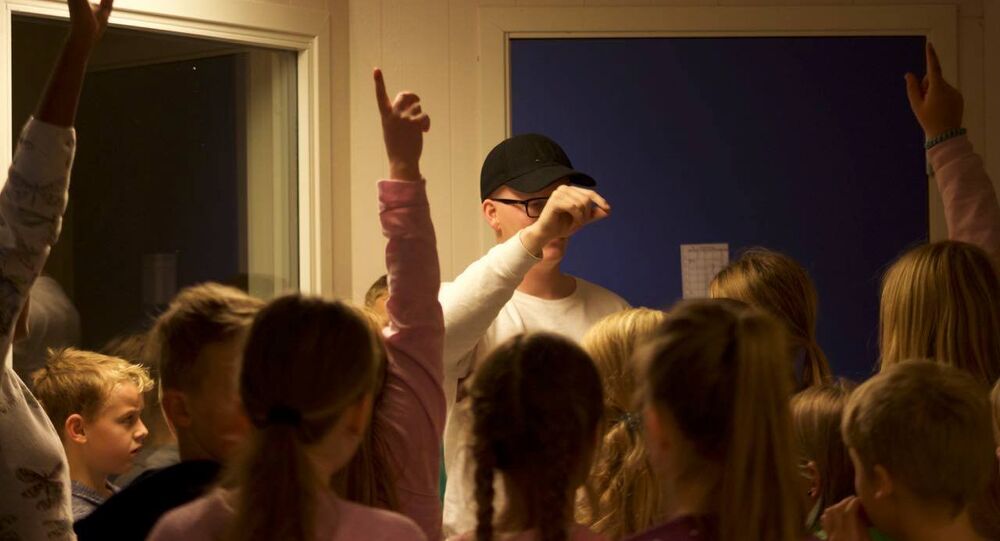 Over the past few years, the number of Christian elementary schools in Norway has doubled. This increase is believed to be a popular reaction to Norwegian society becoming more secular and multiethnic.

At present, there are currently 82 Christian primary schools spread across the Nordic country, according to the Norwegian Directorate of Education. Nearly half of them have been established over the past seven years. During the same period, only seven schools have been discontinued.

Western Norway stands out as having the largest proportion of Christian children and youth schools. At the very top, Rogaland county is replete with 13 Christian schools, with another one scheduled for next year.

© Sputnik / Said Tsarnaev
Have a Very Quran Christmas! - Norwegian School's Wish to Pupils
According to Ole Andreas Meling, the rector of Jærtun Lutheran Free School, this is a token that parents want to spare their children from the "un-Christian" school of today.

"It was parents who took the initiative to start the school in 2001. Parents who had a strong longing for a school with a more Christian approach," Ole Andreas Meling told national broadcaster NRK.

Meling ventured that this was a reaction to the society in general and the public schools in particular becoming more secular and multicultural.

"There's been a radical social development. Norway has changed its official view of life in many ways. The distance from the Christian viewpoint is increasing," Meling argued.

Kongstun Christian Free School is scheduled to open in Gjesdal in the autumn of 2018, yet has been met with resistance from the municipality. The majority at the municipal council do not want a Christian school.

Kongstun school rector Tom Børge Frøvik argued that regular public schools put Christians and their values under immense pressure, something that he personally is willing to take a stance against.

"If anyone jokes about Christianity and Christians in a conversation, everybody is laughing because they think it's fun. But try joking about Islam and Muslims, and the person gets stamped as racist and Islamophobic. It seems that mocking Christians is more accepted among young people," an anonymous Norwegian girl wrote in an opinion piece in the Aftonbladet daily, describing the hardships a Christian faces in today's world. By her own admission, she and her friends often get asked whether they are stupid.

© AP Photo / Manuel Balce Ceneta
We Wish You a Multi-Cultural Christmas, Sing Norway's Sensitivity Minders
Over the past decades, membership in the Church of Norway has dropped from close to 86 percent in 2000 to 71.5 percent in 2016, whereas Church attendance is hovering around 20 percent and is still falling. The Christian communities outside the Church of Norway were also reported to be leaking members, losing 3 percent of their congregation last year alone.

By contrast, the Muslim community, the country's second-largest religious denomination, has risen by 26.6 percent in the past five years alone and has doubled over the past decade, Statistics Norway reported in early December, admitting an unknown number, as not all Muslims are registered as members of a religious community.