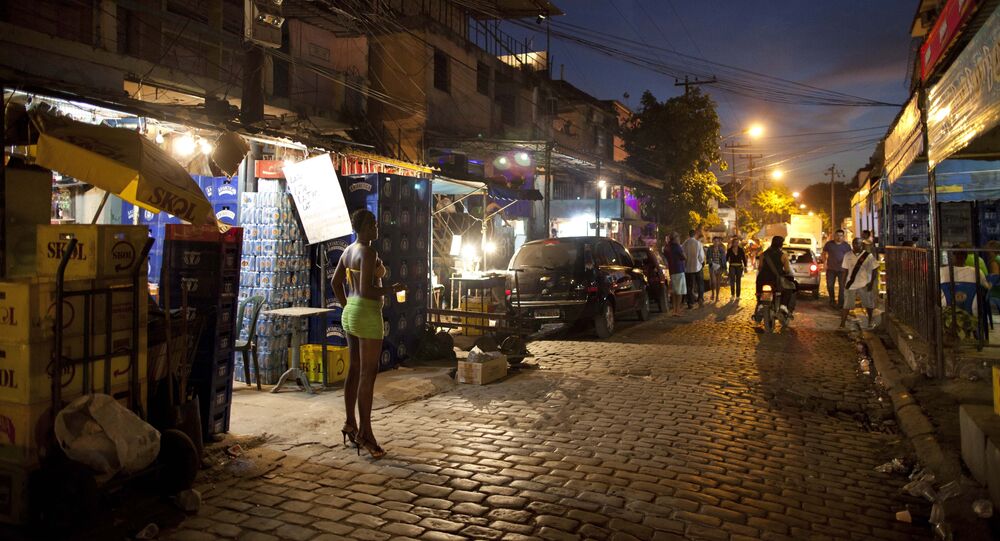 Two decades ago, Sweden became the first country in the world to make paying for sex, rather than selling it, a criminal offence. Now the country's self-proclaimed feminist government wants to make it illegal for its citizens to buy sex even abroad. While hailed by women's organizations, the proposal was met with reproach from legal experts.

If adopted, the new government bill presented by Justice Minister Morgan Johansson would see Swedish citizens punished for procuring sexual services even in countries where it is perfectly legal, Swedish Radio reported.

"Buying sexual services is unacceptable, regardless of whether it is done in Sweden or abroad," the proposal signed by Morgan Johansson said.

© CC0
V for Viagra: More Virility-Boosting Medication Gobbled by Young Swedes
At present, most Swedish citizens who procure sexual services do it in another country. Although this is already illegal under Swedish law, the courts are unable to bring the culprits to justice unless the offence is illegal in both countries — and this is precisely what the government seeks to change. At present, exceptions to this rule, called "double criminality," include forced marriage, human trafficking and the sexual exploitation of children. However, double criminality is fully applied to rape in marriage, which in Sweden is seen as a worse crime than procuring sex services.

The government's proposal was previously criticized by heavy legal referral bodies such as the Justice Ombudsman, the Justice Chancellor and the Bar Association. On the other hand, though, it was welcomed by the Women's Association of the Center Party, which has also been pushing for a statewide internet filter that would block pornography.

The criticism of the proposal revolves primarily around the lack of international consensus, as the sex trade is perfectly legal in many countries, including parts of Latin America. This, however, is not seen as an obstacle by Morgan Johansson.

"For the international consensus to be reached, for the things to change internationally, sometimes individual countries must step forward," Johansson explained.

Another problem is the risk of the law becoming ineffective due to the difficulty involved in investigation, which, in turn, might undermine the confidence in the judicial system. It has also been suggested that the proposal is likely to undermine the principle of non-interference, which in the long run may lead to, for example, foreign nationals who had an abortion performed in Sweden being punished in their home countries where abortion is prohibited.

"Don't the Swedish police have worthier things to do than investigating sex purchases in Germany or Thailand? Like, all the thousands of sex crimes committed in Sweden?" an editorial in the Sydsvenskan daily asked, citing an astonishing 20,300 sexual offenses reported in Sweden last year alone.

© AFP 2021 / Mark RALSTON
Enough is Enough: Swedish Men Grow Weary of #Metoo Sex Scandals
Furthermore, a total of 6,720 of these were classified as rape. Since 2005, the proportion of women reporting sexual offences to the nation's Crime Prevention Council (Brå) has increased from 1.6 percent to 4.1 percent. In the editorial, the government was accused of pursuing a "signal policy."

The proposal, however, was vocally supported by women's and human's rights organizations.

"We are immensely gladdened to see that Sweden may now be about to insist that its men have no more right to pay to abuse women on foreign soil than on their own," Rachel Moran, the founder of SPACE International, an international organization supporting the "survivors" of prostitution, said in a statement.

​The government suggested that the law come into force on July 1, 2018, but to get there it needs approval from at least another parliamentary party in addition to the Social Democrats. Despite the fact that the government's own investigators disagreed with the proposal, it can still become a reality because the Christian Democrats and the Left have voiced their support for the idea.