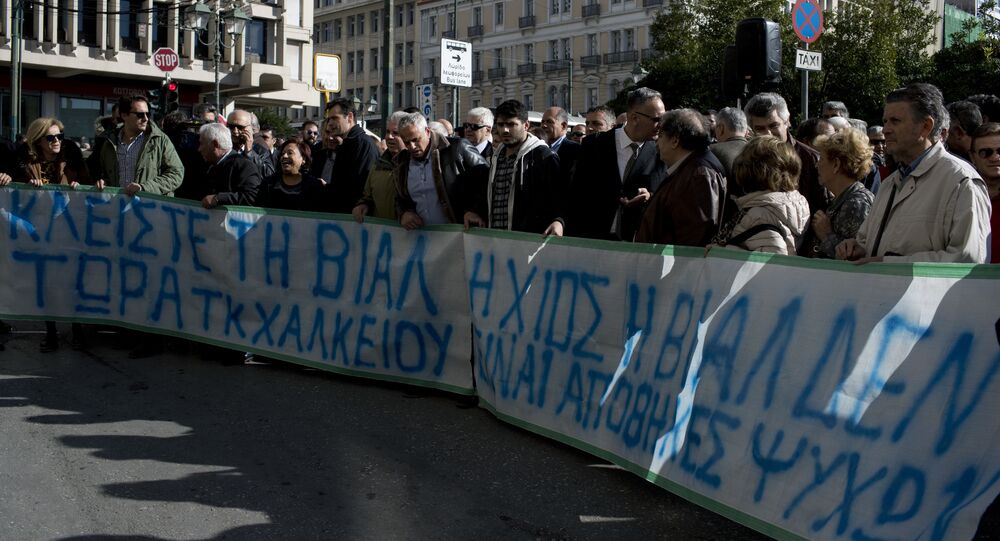 Greek islands have become prisons for thousands of people, according to residents who took to the streets on Tuesday to protest against the camps that burst with refugees.

Demonstrators from the Greek islands of Lesbos, Chios and Samos gathered in Athens on Tuesday, demanding that the government either created more hotspots for the refugees or transfer them from the camps to the mainland. Present were the mayors of the islands, which are all located relatively close to the Turkish coast.

The situation has been exacerbated by the conditions of the 2016 EU-Turkey agreement, which states that the asylum-seekers cannot travel to the mainland until their requests are examined and approved. Otherwise, they are deported to Turkey, which is already home to a whopping 3.5 million refugees, 3.2 million of which are from neighboring Syria.

The reception centers have been accused by various human rights organizations of not providing asylum-seekers with proper living conditions, making them virtual “inmates.”

“In Lesbos, entire families who recently arrived from countries including Syria, Afghanistan and Iraq are packed into small summer tents, under the rain and in low temperatures, struggling to keep dry and warm,” said Aria Danika, the project coordinator for Doctors Without Borders on the island, The Guardian reports.

According to the Daily Mail, Lesbos is accommodating more than 6,500 people in facilities designed to hold just 2,300; in 2011 the island had a population of just 86,436 people.

Greek Prime Minister Alexis Tsipras, has recently taken steps to quell the crowds, having moved hundreds of people to the mainland.

Many on the islands continue to consider the migrants an unwelcome burden, which has taken its toll on the tourist industry. However, the UNHCR and the Greek non-profit Iliaktida have started hosting refugees in the island's hotels, breathing life back into the local economy. The UN pays hoteliers between 20 and 28 euros ($21.8 and $30.6) per person per day, depending on the type of catering.

A major refugee and migrant crisis started in Europe in 2015, when people fleed war zones in a bid to escape violence in their home countries. The crisis has deteriorated after German Chancellor Angela Merkel's so-called "open-door" migrant policy announcement. Most of the asylum-seekers originate from war-torn Syria, Afghanistan and Iraq.