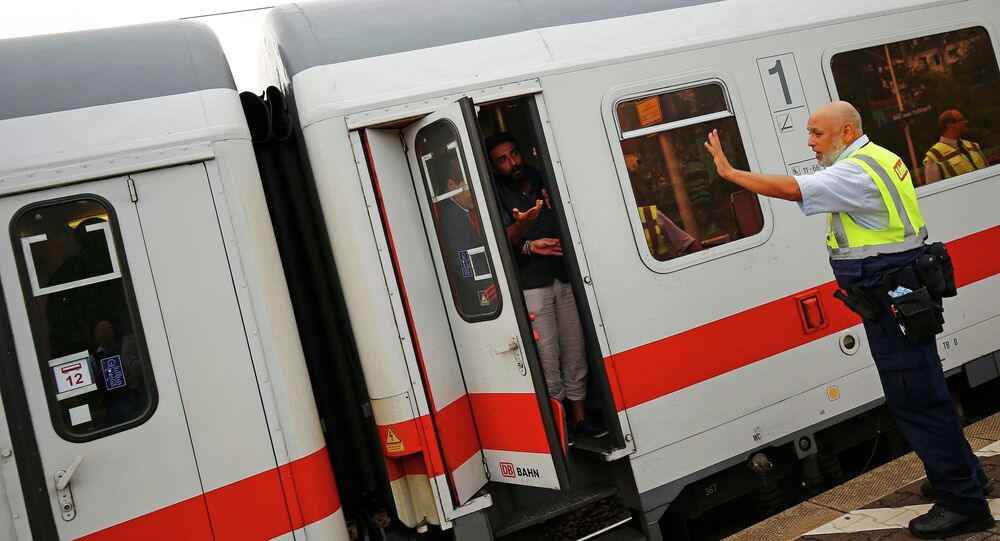 Two trains collided near the German town of Meerbusch in North Rhine-Westphalia. German railway company Deutsche Bahn said that it was a DB Cargo freight train and a National Express passenger train that crashed into each other.

Over 40 people have been injured in a collision of two trains near the German town of Meerbusch near the city of Dusseldorf, the Meerbusch fire department said.

"On the train 155 people have been found, 41 minorly, 3 moderately and 3 seriously injured people are currently being treated," the fire department wrote on Twitter on Tuesday.

Several people have been injured after passenger and freight trains collided near Dusseldorf pic.twitter.com/As2EfeitaL

Earlier on in the day, the German police reported that dozens of people were injured as a result of the accident.

"We believe that there are at least 50 injured people," a police representative said as quoted by Bild newspaper.

According to German railway company Deutsche Bahn, not more than 20 people were injured as a result of the collision of a DB Cargo freight train and a National Express passenger train.