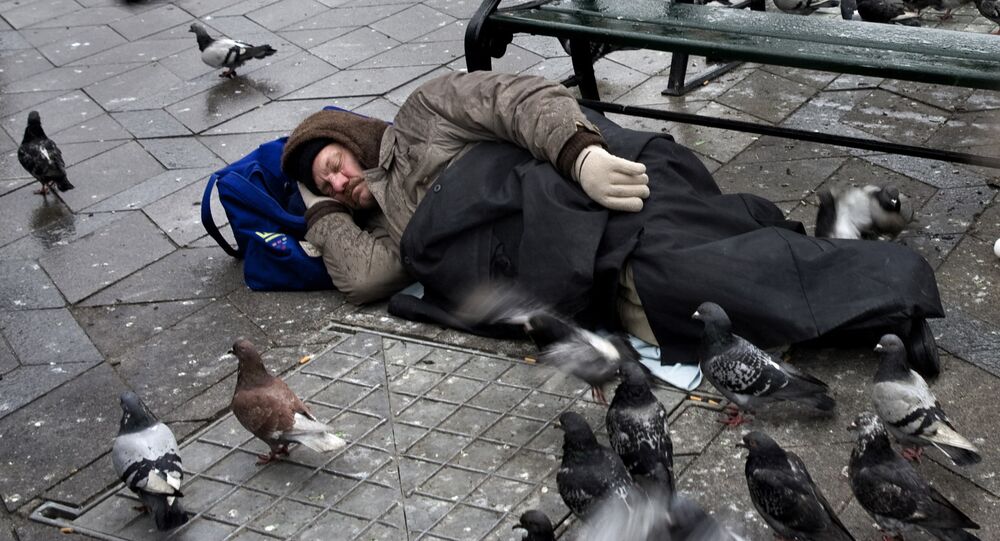 In a valiant attempt to revolutionize life for homeless people, at least when it comes to managing money in an increasingly digitalized environment, Danish vagrants have been given the opportunity to open bank accounts.

The plight of the homeless is seen as a problem across Scandinavia, including Denmark. Obtaining cash benefits has been particularly difficult since checks were abolished in early 2017.

Therefore, the Danish homeless found themselves in a bureaucratic limbo, as no particular law prevented them from engaging in cashless transactions, apart from a prerequisite for permanent residence, which they obviously lack.

To counter this "Catch 22" situation, the Association of Danish Municipalities and the umbrella organization for Danish banks, Finansdanmark, have come up with a solution, which the latter organization's head of legal affairs Kenneth Joensen described as "picking up the gauntlet" and "demonstrating social responsibility," Danish Radio reported.

© AFP 2021 / MARTIN SYLVEST/SCANPIX DENMARK
Mean Streets: Denmark Cooks Up Ban to Prevent Takeover by Multiethnic Mobs
Until now, homeless people have been forced to present the bank with a special document signed by the authorities for the money to be withdrawn in the presence of a municipal employee. This procedure left the homeless carrying large sums of cash and therefore left them particularly vulnerable in street environments. Christina Strauss, the head of the national homeless organization SAND, cited numerous examples of the homeless being robbed and their benefits stolen.

"All of a sudden, they have all their money at once, and who knows if drug pushers are not standing behind when they are withdrawing their benefits?" Strauss asked rhetorically.

Now, homeless Danes are able to open bank accounts just like everybody else. The purely practical problem of keeping the card and the PIN code separate was solved by sending them to two different addresses. The card is collected at the bank itself, while the PIN code is sent to the municipality in order to ensure the security of the account.

"Denmark has become more digital, which is even more of a challenge for the homeless. This [initiative] ensures that the homeless no longer lag behind, while also providing security, sparing the necessity of carrying cash around," Christina Strauss said.

A recent report by the Danish Center of Applied Social Science (VIVE) indicated that the number of homeless people in the Nordic nation reached historic heights. As of September 2017, 6,635 Danish citizens had nowhere to live, which marks an 8 percent increase compared with 2017. A particularly worrying symptom was a disproportionate amount of young people among the homeless. The number of homeless people aged 18 to 24 has more than doubled since 2009. Additionally, many of the homeless were found to be suffering from mental illness.